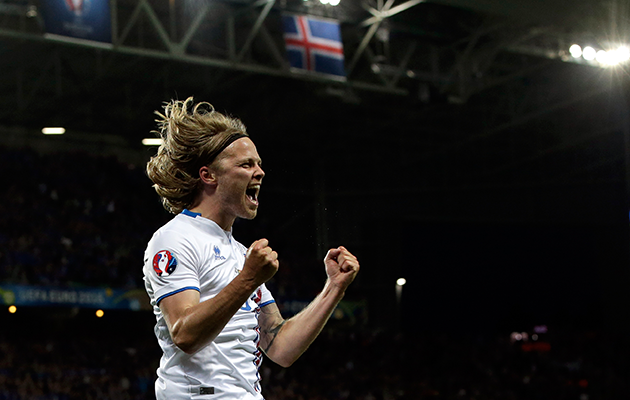 Match overview:
Iceland marked their debut at a major international tournament by securing a remarkable draw against Portugal. Nani, who had earlier squandered a great opportunity to open the scoring, put Portugal ahead on the half hour mark with a slick near post finish.

But, Iceland who were in combative mood throughout, refused to be overawed by their more illustrious opponents, and five minutes after the interval they were back on level terms. Birkir Savarsson swung a deep cross into the Portuguese penalty area where the unmarked Birkir Bjarnason swept home from close range.

Thereafter, Portugal poured forward in search of a winner, but the Icelandic defence, which had restricted Cristiano Ronaldo to largely speculative long range efforts, stood firm.

Key moment:
Iceland’s opening goal at a major tournament turned the match on its head and could well have done the same to Group F.

Man of the match:
Birkir Bjarnason, like all his team-mates, worked tirelessly throughout and he will go down in Icelandic folklore as his country’s first ever goalscorer at a major tournament.

Matter of fact:
An estimated 30,000 Iceland fans were present at Saint-Etienne’s Stade Geoffrey-Guichard. If that figure is accurate, it represents almost 10 per cent of the country’s population – surely a record for any international tournament.

Cristiano Ronaldo flitted in and out of the contest but didn’t leave his mark upon it. Whether the forward has fully recovered from the injury problems that hampered the latter part of his domestic season, remains to be seen.