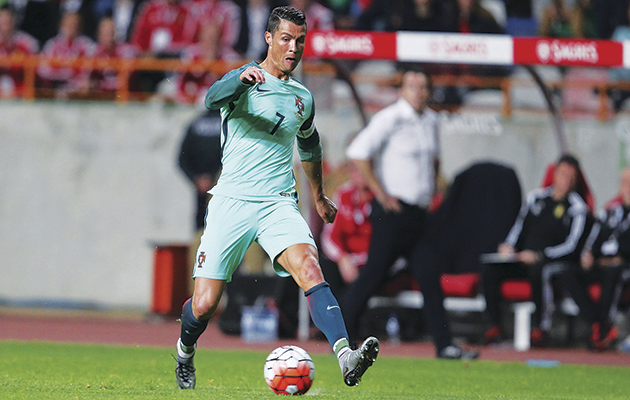 Portugal have an impressive European Championship record, reaching the semi-finals three times and the Final once in six appearances. They also have the outstanding player at the tournament, a core of experienced, solid performers and an exciting crop of young talents.

After taking over in September 2014, coach Fernando Santos won all seven of the remaining Euro 2016 qualification games, setting a record winning streak of competitive games for Portugal. And while his team is far from perfect, it is these sort of facts that give Selecao fans plenty of grounds for optimism.

How far Portugal go in the finals will depend on how well they mitigate some obvious weaknesses, the most evident of which is the national team’s perennial problem: the lack of a quality striker. The fact their only recognised centre-forward in France is likely to be Eder tells you all you need to know about the desperate lack of options in this position.

If Portugal’s opponents can successfully stifle Cristiano Ronaldo – easier said than done, of course – scoring goals may be troublesome. That said, an outstanding array of midfielders has brought real hope that, for the first time in years, Portugal may not be so utterly reliant on their captain. The depth, range and quality of Santos’ options in midfield has led to calls for the adoption of a striker-less system, as implemented by Spain when they lifted the trophy four years ago in Kiev.

Bernardo Silva and Joao Mario have firmly established themselves as among the most exciting up-and-coming creative midfielders in Europe, William Carvalho and Danilo provide high-quality holding options, while for out-and-out dynamism Andre Gomes, Renato Santos and Adrien Silva have shown outstanding form this season. Whatever combination the coach hits upon, it is likely Joao Moutinho will be the only representative of the “old guard”, as a fresh-looking, potentially thrilling new era is ushered in.

Portugal’s embarrassment of riches in midfield does not extend to its defence. The ageing central defenders Ricardo Carvalho and Pepe are the probable starters, while left-back Fabio Coentrao’s ongoing injury problems and Fernando Santos’ variety of selections at right-back makes the defensive unit difficult to predict. Uncertainty surrounding the personnel at the back makes it imperative for Portugal to defend as a team, which is an area the coach excels at. Santos has transposed the defensive solidity he imposed as Greece coach to his home country with conspicuous success. Nine
of the 10 victories with Santos at the helm have been by one-goal margins, almost all of them of the low-scoring variety.

But Portugal’s ability to make a splash at Euro 2016 will be dictated by what the team does further up the pitch. “Since I’ve been playing for the national team there have never been so many high-quality young players available,” enthuses Ronaldo.

If the new generation transfer their club form to the international arena, Portugal’s skipper may yet fulfil his wish of bringing his country silverware for the first time. But given the team’s obvious flaws, a last-four finish would be considered a success. 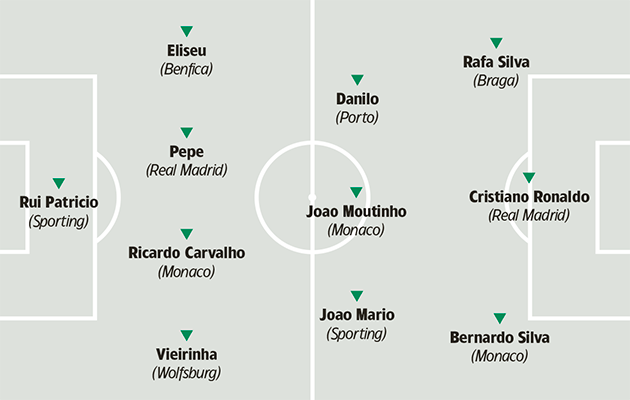 Portugal’s traditional template has been 4-3-3, and Fernando Santos has stuck to the formation for the majority of his matches in charge so far. But with the Selecao’s perennial lack of a quality centre-forward and an abundance of fabulously talented midfielders, many have called for a switch to a 4-4-2 system or even an imitation of  Spain’s striker-less formation at Euro 2012, with Bernardo Silva used as a false number nine.

Lack of time to experiment with such a radical tactical shift makes it more likely that Cristiano Ronaldo will be used as a central forward, despite a mountain of evidence to suggest he is far less effective in that position than cutting in from wide on the left for Portugal. There is, however, simply no other quality striker available.

Fernando Santos experimented with a theoretically fluid front three of Nani, Danny and Ronaldo, but the chemistry was not there. He will probably go for something similar in France, and on current form the front three would comprise Bernardo Silva, Ronaldo and one of either Rafa Silva or Nani.

Don’t be surprised if Santos switches tactics mid-match though, as he often did in qualifying, pushing Ronaldo to a fixed central striker position in a more conventional 4-3-3 or 4-4-2, a change which resulted in several important late goals for the Selecao.

If Portugal progress deep into the tournament, Santos may be tempted to partner his two high-quality holding midfielders, Danilo and William Carvalho, in a 4-2-3-1 when his side comes up against powerful opposition. 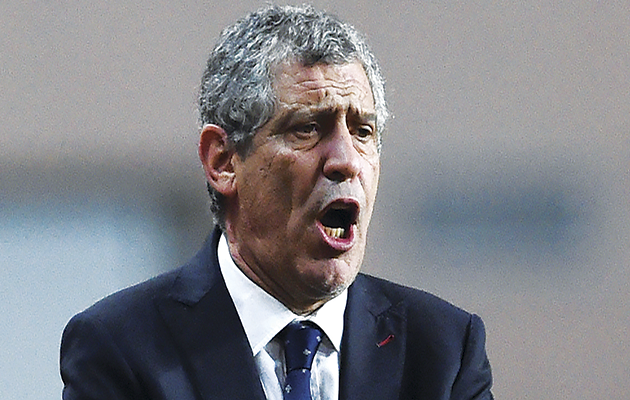 Fernando Santos
Age 61 (10.10.54)
One of a handful of coaches to have managed all of Portugal’s “Tres Grandes” – Benfica, Porto and Sporting – he also has several major Greek clubs on his CV.

He won the Portuguese title with Porto in 1999, but his greatest achievements came when he took over Greece’s national team, guiding them to Euro 2012 and the 2014 World Cup, and reaching the knockout stage on both occasions.

He took the job as Portugal boss when Paulo Bento was sacked on the back of a disappointing World Cup in Brazil, followed by a 1-0 home defeat by Albania at the start of qualification for Euro 2016. The transformation in the team’s results was immediate, and they won all seven of their remaining qualifiers.

A pragmatic coach who places the emphasis on strong defensive organisation, he has been quietly overseeing a profound transition in the national side as he ushers in a new generation of talented youngsters. In contrast to his predecessor, he is keen to give everyone a look-in; in his first year in charge he called up 53 different players.