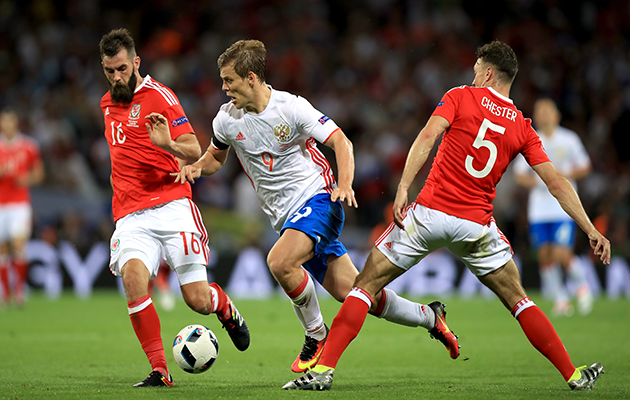 A video posted online shows the players – the forward Aleksandr Kokorin and the midfielder Pavel Mamaev – at the Twiga nightclub as Russia’s national anthem plays in the background.

Reports in the Russian press claimed that the pair had ordered 500 bottles of Armand de Brignac champagne during the evening, spending a total of €250,000 on drinks alone. Both players deny the claim and insist that they were in the club when the drinks were bought by fellow Russians revellers.

Both clubs fined the players and demoted them to their youth teams, with a Zenit statement adding: “Unfortunately, some Russian players can find themselves in these scandalous situations due to a lack of common sense.”

However, Kokorin protested his innocence, telling Sports.ru: “Somebody was celebrating their birthday and we were simply there. Naturally, everybody saw the bottles and heard the Russian anthem, but why put all this on us?”

The owner of the club, the former Queens Park Rangers chairman Flavio Briatore, defended the players, stating on Instagram that they had not bought the champagne, but had been toasted by their fellow countrymen.

He wrote: “These two guys, Kokorin and Mamaev, came for dinner with their wives. After dinner they stayed in the club to smoke shisha.

“There was a private party organised by some Russians. They recognised Kokorin and Mamaev and as a sign of respect, as they are fans, they started sending them bottles of champagne and they asked our DJ to play the Russian national anthem.

“Then other Russian clients also wanted to show their respect and sent the two players other bottles, so Kokorin and Mamaev had the table full of bottles. The funny thing is that the guys are not even drinking alcohol.”

Putin’s spokesman, Dmitry Peskov, attacked the party’s show of “conceit”, but also pointed to the conflicting reports about who had paid for the drinks.

Russia managed a draw with England in their opening Euro 2016 game, but were then defeated by both Slovakia and Wales as they crashed out at the group stage. Days after their elimination, coach Leoniud Slutsky stepped down from his position.