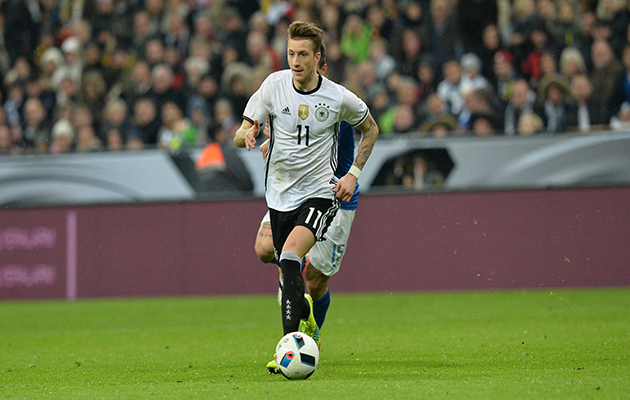 Marco Reus has been left out of the Germany squad for this summer’s European Championship.

The Borussia Dortmund forward, who turns 27 today, has been struggling with a groin injury and coach Joachim Low has opted against taking a risk on the player. For Reus, this is the second successive major tournament he will sit out, having missed out on the 2014 World Cup in Brazil with an ankle injury.

“Reus can only run straight right now,” Low told a news conference on Tuesday. “He could do no more in training. The medical staff was sceptical that he would be fully fit.

“It’s a bitter decision for him and us. He would be a major asset for our team if he was fit.”

Reus, Karim Bellarabi, Julian Brandt and Sebastian Rudy are the four players to have been cut from Low’s extended squad.

Low has popted to play it safe and included veterans Bastian Schweinsteiger and Lukas Podolski, who with 114 and 127 caps respectively, have been stalwarts of the Germany side since 2004.

The coach, who oversaw Germany’s triumph at the 2014 World Cup, said it had been tough to make the final omissions.

“I know that those left behind will be disappointed.”