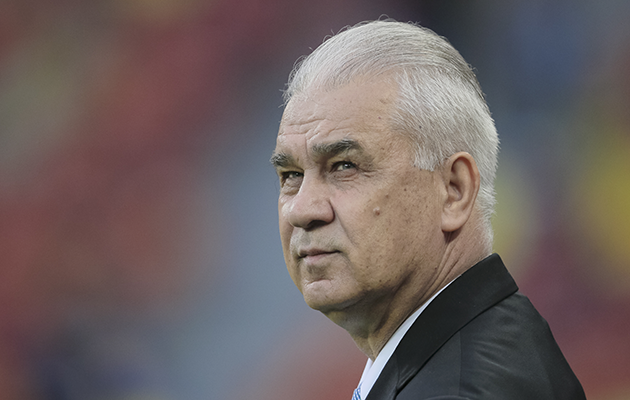 World Soccer: You returned to the post of national coach two years ago during a tough period. Did you ever expect to make it to such a major finals while in charge?
Anghel Iordanescu: That wasn’t on my agenda. I thought I had done my job for the national team.

I wasn’t thinking about coming back, but I understood the special circumstances and I agreed to take over. I took over the national team during qualification in 1993 as well and it was a success.

Is it good or bad for Romania to play the first game against hosts France?
To be honest, I would have preferred we didn’t start the tournament this way. And, of course, I wouldn’t have wanted to play France. All this being said, I must admit it’s a big event for Romanian football. This game will be watched by the entire planet. It will be a first for us and the chances for Romania to play the inaugural game in another tournament are low.

What do you prefer: playing a team that offers space, like France, or having to dictate the game to get a result?
We played a friendly against Spain this spring and drew 0-0. They are a similar opponent to France in that they love having the ball. We played well, both in attack and defence. My boys did exactly what I asked them to and stuck to the tactics we agreed before the game.

I have to say I’m not sure Albania will play a waiting game against us. It will be the final game in the group, all the teams will still have chances to qualify. Albania is not a small team, they made an important progress lately. They are strong and have players in Serie A, Ligue 1 and Eredivisie.

What are your team’s strengths?
We are tactically disciplined. We rely on the strength of our group and the desire to do something important.

Romania conceded only two goals in the qualifiers…
We don’t concede easily and that makes me happy. This shows we are very well organised. It’s also good we haven’t lost for a long time. These results make us strong and give us the chance to progress. Of course, I would have wanted us to win all the games, I believe every manager wants that. Sometimes, though, you don’t have any reason to take risks.

Do you expect a good support?
I want the Romanian fans to get behind the team, to encourage them because they need that. I understand all the tickets in the Romanian fans’ sections have been sold for all three group games. That makes me happy, it’s a big motivation for us. We want to make the Romanian fans happy.