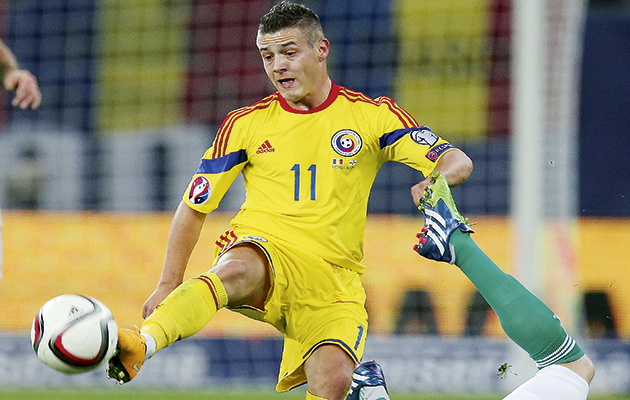 Romania are back in a big tournament after eight years of failed attempts, with Euro 2016   only their second appearance in a finals since Gheorghe Hagi retired in 2000. As such, anticipation is high, but it remains to be seen whether the current generation of players has what it takes to succeed in Europe.

Although they conceded just twice in their 10 qualifying games, numbers won’t help Anghel Iordanescu’s men in France this summer.

While group rivals France, Switzerland and Albania have varying problems of their own, Iordanescu’s big concern is ma loss of form and a worrying lack of playing time for those he considers to be his team leaders.

Vlad Chiriches (Napoli), Razvan Rat (Rayo Vallecano) and Alex Maxim (Stuttgart) are all having difficult club seasons. And things are made worse by a lack of home-based talent.

Romania scored just 11 goals in qualifying, against modest opposition, but the great Hagi remains confident, stating: “We still have talent, we are still an important nation with big players. We should play to be the best, to put up a fight against whoever we meet.

“If we’re not there to be among the best, why go to France? Why should we consider ourselves inferior?”

Unfortunately, there’s no sign of the quality and aura of Hagi’s generation in today’s squad. Above all, there is no one to honour his number 10 shirt. Adrian Ilie and Adrian Mutu stepped up after he retired in 2000, but the wearer has changed three times since 2014, demonstrating a serious crisis in the playmaker position.

And Romania’s best player of the last 12 months didn’t even make Iordanescu’s draft squad earlier this year, the coach showing no remorse in dropping Constantin Budescu after his January 2016 move to the Chinese second tier.

In fact, four of the five players who scored in qualifying, including Budescu, were omitted for the friendly matches in March.

A lack of attacking options is not Iordanescu’s only worry ahead of the tournament. Even though statistics may make the defence look solid, Romania always looked likely to wobble when faced with strong opposition. Three of the four places at the back are still up for grabs, with Chiriches – a regular substitute in Serie A – being the only certainty to make the starting XI.

With more than 100 caps under his belt, captain Rat is also a concern. At 35, the former Shakhtar Donetsk and West Ham United left-back has missed four months of training due to injury and will find it hard to regain full fitness ahead of the Euros.

The Tricolorii may have many more doubts than certainties as they prepare for France, but they still hope to make the most of the opportunity. Despite their modest European record so far – only one win, against England in 2000, in 13 group-stage matches – Romania’s game these days is based on absorbing pressure and keeping things as tight as possible for the opposition.

For the Romanians, frustration and excitement will go hand in hand at the Euros. Can it fire them into the last 16? 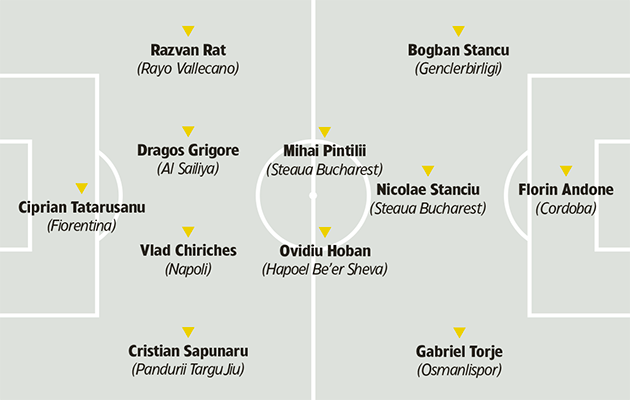 Romania will travel to France without any tactical surprises in store for their opponents in Group A, and that lack of adventure is due to Anghel Iordanescu’s limited midfield options – as well as his renowned cautious approach.

Alternating between a 4-2-3-1 and a classic 4-4-2, the latter will probably be regarded as “plan A” only for the closing game in the group, against Albania.

Possession is likely to be conceded, with counter-attack being the main hope for
a goal against France and Switzerland.

It is how Romania set up all through the qualifying phase, even against teams such as Northern Ireland and Hungary.

Iordanescu has unanswered questions regarding seven of his starters for the opening game, against France on June 10.

Ciprian Tatarusanu in goal, Vlad Chiriches at centre-back, with Ovidiu Hoban and Mihai Pintilii as holding midfielders will all start, if fit. But apart from those four, all the other positions are up for grabs.

An injection of excitement may come from midfielder Nicolae Stanciu, who made his debut in the March friendly against Lithuania and was man of the match against Spain a few days later. He could start behind lone striker Florin Andone, who uses space well.

Iordanescu doesn’t have many options on the flanks and is restricted to out of form, unfit or out-of-their-natural-position contenders. How well he can knit them together will determine his country’s fate. 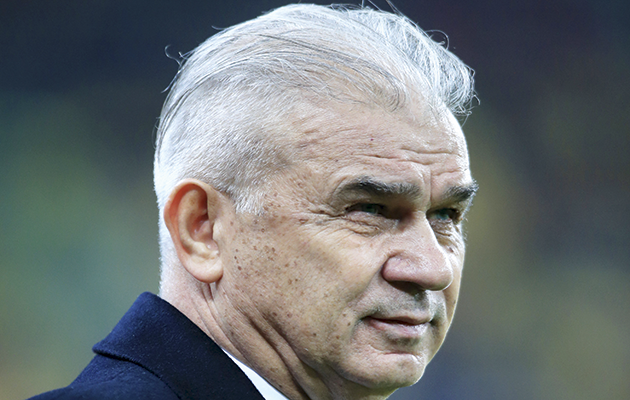 Anghel Iordanescu
Age 66 (04.05.50)
Named “coach of the century” by the Romanian FA after leading the country
to the 1994 World Cup quarter-finals and a last-16 spot four years later. After quitting the sport in 2004 to pursue a career in politics, he was appointed national coach for a third time after previous incumbent Victor Piturca left the post in October 2014.

He is expected to move into a technical-supervisor role after Euro 2016 and be replaced by one of his three assistant managers.