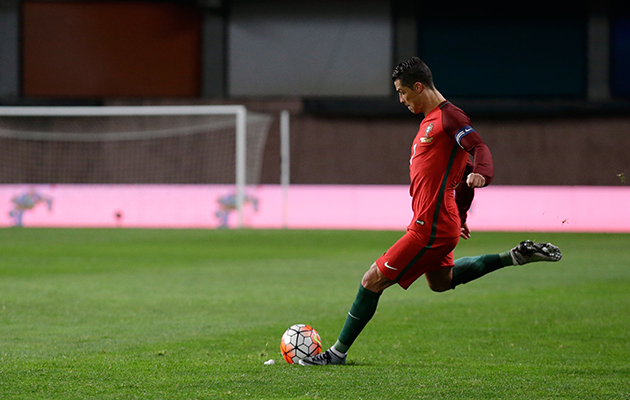 Portugal coach Fernando Santos believes his team could be a target for terrorists at Euro 2016 due to the high profile presence of Cristiano Ronaldo.

France remains in an official state of emergency following the attacks in Paris in November that left 130 people dead, and there are fears that the Euro 2016 finals will be targeted by terrorists.

The U.S. State Department has issued a travel alert to its citizens covering the entire continent of Europe this summer, amid fears of terrorist attacks at major sporting venues.

Speaking after his side’s 1-0 friendly defeat to England on Thursday, the Portugal coach acknowledged that the presence of Ronaldo, arguably the most recognisable sportsman on the planet, meant that security at the European Championships would be particular tight for his players.

“As everybody knows, Portugal is considered one of the high-risk teams due to the presence of Cristiano Ronaldo, but we are prepared for this.

“In reality, this will be the responsibility of the French security. Our fans will have to understand that at certain moments we won’t be able to release our players as we would like.”

Portugal’s campaign kicks off against Iceland in St Etienne on June 14 and they then face Austria at Paris’ Parc des Princes on June 18, and Hungary at the Stade de Lyon on June 22.