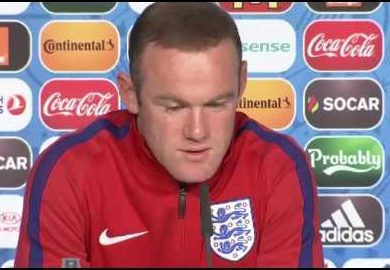 Wayne Rooney has responded to comments from the Russia team that he is not the same player as he was and said “I know the qualities I have”.

Russia coach Leonid Slutsky said that Rooney is a different player to years ago when he was predominantly a goal scorer, but when asked by a Russian journalist about the comments, Rooney was insistent about his abilities.

“Everyone who watches football is entitled to opinions,” said Rooney.

“I know the qualities I have and I don’t need to sit here and defend myself.

“I’m aware that my game has changed slightly over the years and in my opinion it has changed for the better, but the opinions that matter to me are those of my coaches.”

Rooney also called for England to be well-organised and said it was imperative that they got off to a winning start, unlike in the World Cup two years ago.

“We’ve talked about that as a group of players and we are ready for the game tomorrow night.

“You can feel the buzz around the place, everyone is excited for this game and it’s important we go in and take our performance levels into the game and get off to a good start.

“We have a very talented squad that are capable of big things but tournament football is different so I think it’s a big challenge for us as a squad and we’re hoping and we believe we can do well.”