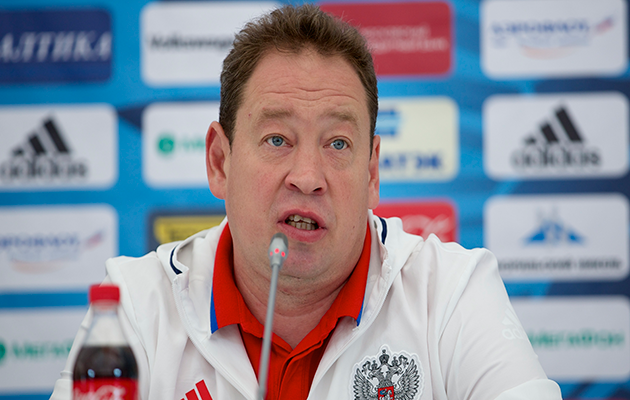 England won all 10 qualifiers. Does that make them group favourites?
England are much stronger than the other teams. They have already raised a new, gifted generation.

These players are young, but high level. Ten victories in qualification is a proof of their strength. Of course, in our group each team can play and progress.

You are managing Russia and club side CSKA Moscow. Is that difficult?
No, it’s not a problem. There are many CSKA players in Russia’s national team. Moreover, in June, club competitions will be over and I can concentrate just on Euro 2016. I see more advantages than disadvantages.

As CSKA coach I watch all the Russian Premier League games. That’s why I know the condition of all the national team players. Of course, it is a temporary arrangement and nobody knows what will happen next. Being coach is a hard occupation.

What are your thoughts on the naturalisation of players?
It’s a positive moment. It is impossible to be cut off from the world and from globalisation. Germany, one of the most successful football countries, have played a full-blooded Brazilian, Cacau. Why do we have to be the other way? Our goalkeeper Guilherme received a Russian passport on absolutely legal grounds. He learns the language, pays taxes. Why should he have less chance of getting into the team than others? We can say that we have our own way, but I believe that if a player fairly and lawfully acquired citizenship, he is a candidate for the national team.

What about Roman Neustadter of Schalke, who will obtain Russian citizenship soon?
If the legal obstacles can be successfully overcome, Neustadter could receive a call-up. I think the probability of his call-up is very high.