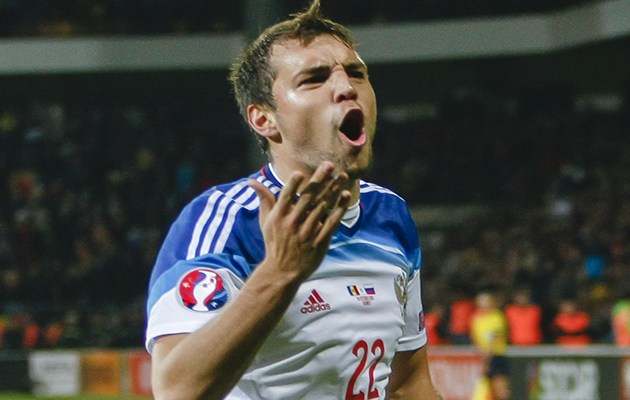 World Soccer: In both the 2012 Euros and the 2014 World Cup, Russia were eliminated at the group stage. Can you reach the knockout phase this time?
Artem Dzyuba:I hope yes. It’s impossible to play worse. I think that we can qualify from the group.

How do you feel about the opponents in your group?
All the teams are strong. At first glance, England are the favourite. But, in fact, we have an even group, everyone can beat everyone. For us it is not the worst option. It’s good that our first game will be against England as we can immediately plunge into the wonderful atmosphere of the tournament, in euphoria. And, of course, we need to start with a win to be more self-confident.

But at the moment, the most important thing for us is to avoid injuries and all sorts of other problems. Frankly speaking, I am looking forward to this tournament. Even when I was watching the draw on TV, my adrenaline kicked in.

Who is England’s most dangerous player?
Joe Hart – he is one of my favourite goalkeepers. It’s worth a lot to score against him.

Who is the leader of England’s team?
Still Wayne Rooney. I really like Theo Walcott . He’s very dangerous, but now he has suffered too many injuries.

Wales with and without Gareth Bale: two different teams?
Certainly. Of course, they have Ramsey, but Bale is their main force. He is perfect. I don’t want to offend Ryan Giggs, but this team is probably the strongest in Wales’ history. And I think they want to show the English they are better.

What do you know about Slovakia?
They are dark horses – nobody expects anything from them, but Slovakia can surprise everyone. I think, we are dark horses, too. But, for us, elimination in the group stage will be a big flop.

What are Russia’s objectives?
First we need to reach the knockout stage, then we will set other goals. We need to soberly assess our situation. Only France and Germany can set the ambitious goals like reaching the semi-finals. The rest will set the tasks step by step.

In what way has Leonid Slutsky changed the team?
He changed the atmosphere. Slutsky creates the positive energy – he is not only a winner, but a very decent person. And all this is reinforced by the fact that he is a professional and powerful coach. Slutsky was the best candidate for the team. He showed that everything is OK, that we can win. Slutsky has won me over. He is the number one!