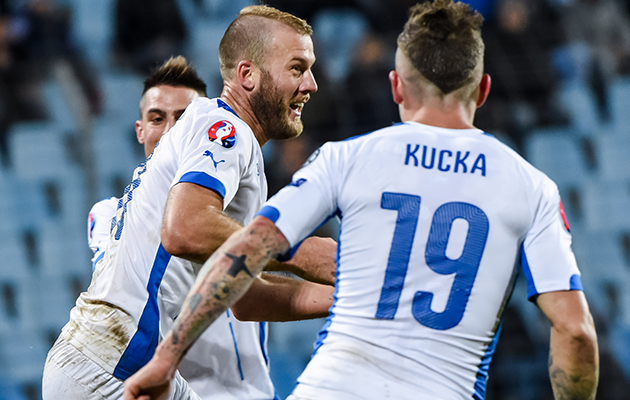 World Soccer: What was your first impression of your group when you saw the draw?
Adam Nemec: I didn’t see it live because I had a match with Willem II. It is not the most difficult group, but still tough for us. Our first match, against Wales, will be very important. A good start to a tournament is what everyone wants.

Wales, Russia and England are all physical opponents…
In March, we played a friendly against the Republic of Ireland. I think they play the same as Wales, who, will be a tough opponent to beat. Gareth Bale is special for them, but they also play as a team. Russia are always good and have a good defence. And England were again good in qualifying.

Which team would you most like to face in France?
We have the same history and are neighbours, so to play against the Czech Republic in the Final would be a dream for me and everybody in Slovakia. But we have no problems with the players. There is no hate. Just like Russia, our second opponent. There is no rivalry. A lot of players weren’t even born when the Berlin wall fell.

What has been the secret of the Slovakian team’s success?
The current team is a bunch of friends. We have no groups in the team and nobody feels himself to be greater than anyone else. There is no jealousy. We all want to work together. When we come together there is a group of decent, humble guys.

Marek Hamsik is the biggest name in the team. He was my room-mate for the under-21s but now we have single rooms. Hamsik couldn’t go about normally on the streets of Napoli, but when he is with the national team he is just one of the guys. You wouldn’t know that he is one of the greatest players in the Serie A.

What is your role in the team?
We play always a 4-5-1 system. I am the central striker up front. When the ball comes to me I have to control it and look to see what my team-mates are doing. In qualifying I scored three goals. Not bad, but it could be better.