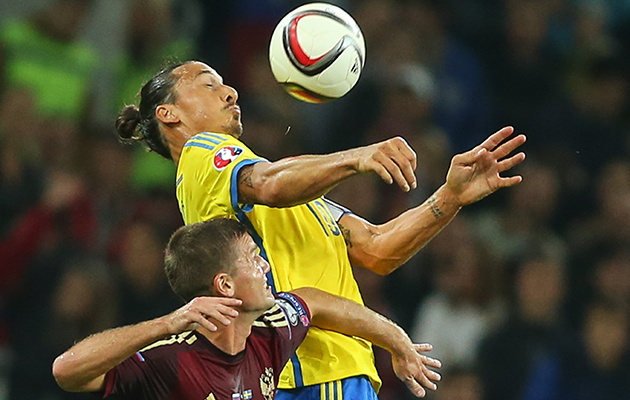 The game in Sweden orbits around one man, so it is no wonder that the hopes of the country start and end with his name. And it is not just that the public adores him; the team is also completely reliant on Zlatan Ibrahimovic. This will probably be his last major tournament and Swedes hope that he will inspire this side to scale new heights.

In reality, these heights are still far from the top. Ten years have passed since Sweden last reached the knockout stage of a major tournament; in the meantime, they’ve missed two World Cups and disappointed in a group stage in Austria (2008) and Ukraine (2012). And this is why their only goal this year will be to end that jinx and reach the last 16.

The Swedes turned their last two qualifying campaigns into a rollercoaster, luckily ending up in the safety net of the play-offs. Two years ago Portugal proved a hurdle too high, but this time they overcame Denmark, who simply could not match Ibrahimovic, who scored three goals, including two in Copenhagen, and decided the tie by himself. When it comes to the national team, he is in form of his life.

Although the PSG striker may be the undoubted main man, the statistics reveal that he may be right when he says that he “is worried about Swedish football” when he is gone.

Since Euro 2012 Sweden have played 21 competitive matches with Ibrahimovic in the side, and with 19 goals and six assists he was directly involved in 74 per cent of all the goals scored. What’s more, Sweden failed to win any game in which he did not score or make an assist. In the same period, Erik Hamren’s side won only once in eight matches when the 34-year-old was absent – and that was against lowly Liechtenstein.

Last summer, the Swedish under-21 team stunned the continent by winning the European championship title. The squad, which was cobbled together out of players from the domestic Allsvenskan, was supposed to have a secondary role in the tournament but, instead, they picked up the trophy ahead of Portugal, Germany, England and Italy – all teams that were packed with supposed superstars.

The Swedes were not just the team with the highest level of collective endeavour, but also the best organised. It was a team that showcased the best of what Swedish football used to represent: solid and disciplined at the back, perfectly organised, mature, calm and clinical.

Moreover, they had a team spirit that could not be broken. It was truly a triumph of hard work over star names, just as it was when the seniors came third at the 1994 World Cup in the United States. Or, if you like, a set-up completely different from what Ibrahimovic has represented for the last decade – an egotistic individual star on whom the team depends and bases their gameplan.

Many of the under-21s “golden generation” have already made their debut for the national team and will be considered for the Euros, but what coach Hamren has failed to find in his team is the right balance between “Zlatanesque” individualism and traditional collectivism.

Hamren, who will be replaced with Norrkoping’s title-winning boss Janne Andersson after the tournament, is completely dependant on Ibrahimovic and it seems that he does not mind such a one-man show.

The coach is aware that his goal – to reach the knockout stages – is considered to be realistic and feasible even with this set-up. After all, everything will probably come down to one match, against Republic of Ireland in Paris on June 13. 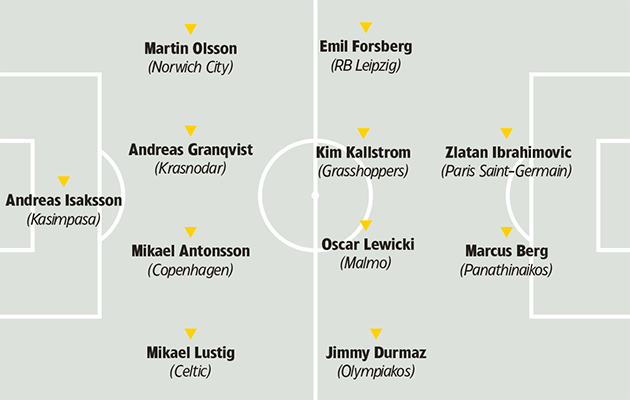 Whether using a no-frills 4-4-2 or the more flexible 4-4-1-1, the basic principles remain the same: a workmanlike attitude, physical presence, the high defensive line and two banks of four behind the ball, with the emphasis on restricting the opposition’s room for manoeuvre in the middle of the park and counter-attacks. Sweden keep their shape well, are compact and essentially are reactive.

One of the keys to the system is the efficiency of the two deep-lying central midfielders, who tend to stay in very close contact, and as well as assiduously shielding the back four. They are extremely active in the pressing department and prompt too, with Kim Kallstrom’s ability to hit long, raking passes an avenue they particularly like to mine. As for the wide midfielders, they normally tuck in and compress the space inside.

The other all-important building block is, of course, the mercurial Zlatan Ibrahimovic. In the 4-4-1-1, he drops deeper to fill the role of part-time playmaker, linking the midfield and the other front man, either Marcus Berg or John Guidetti. Although Ibrahimovic offers little pace on the break, his movement and unpredictability make him difficult to pick up. And as the centre of attention, he can prove the ideal decoy.

An alternative strategy could be a 4-2-3-1 or a 4-5-1 with Ibrahimovic left to plough a lone furrow up front. 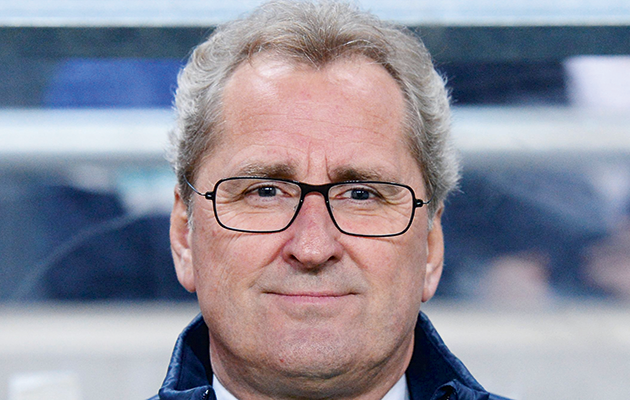 Erik Hamren
Age 58 (27.06.57)
When appointed in November 2009, the cigar-chomping coach made for quite a contrast with his predecessor, Lars Lagerback: sharp suits rather than tracksuit and a more relaxed, less tight-lipped attitude to the press.

A national champion in Denmark (Aalborg, 2008) and Norway (Rosenborg, 2009 and 2010), he was previously Sweden boss on a part-time basis, combining it with his Rosenborg responsibilities. Will step down at the end of Euro 2016.