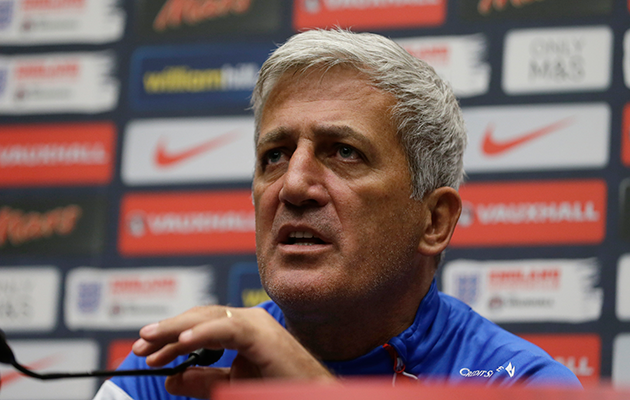 World Soccer: In your group, France are probably favourites, while Albania and Romania are considered underdogs. Would you agree?
Vladimir Petkovic: France are the favourites in our group and rightly they are most frequently mentioned as one of the favourites to win the title. I hope that in the third game of Group A, between Switzerland and France, we’re playing for first place in the group.

In order to get there we must put in our maximum performances in the previous matches against Albania and Romania respectively.

Albania take part for the first time at the Euro finals. They are full of euphoria, they’re strong offensively, well organised and unpredictable. In addition to that, there will be also lot of emotions in this game.

Romania are unbeaten in the last two years. It’s a team with an impressive stability in defence and a very solid organisation. So, they will be a hard nut to crack – not only for us.

Who are favourites to win the title?
At the Euros there are currently the strongest teams of Europe. The field of participants is bigger than ever, but it’s also very evenly matched. There is no clear favourite, but there are some teams with title potential like Germany, England, France, Italy and Spain.

But I think that also some other teams could go far – teams with whom people at this point do not count. That happens at almost every tournament.

What’s your feeling about foreign-born players in the Swiss team?
This is very simple. The national team reflects multicultural Switzerland. In companies, schools and in institutions there should be a lot of people with immigrant backgrounds so why not in the national football team? But we must not use this as a reason to have a debate about “Secondos”.

For example, if a player with an immigrant background has a poor day, this can simply happen and it’s completely normal, but it doesn’t mean he didn’t play with his full heart for Switzerland.

Several players have been proving that for years. They don’t deny their roots, but they always play with full heart for Switzerland.