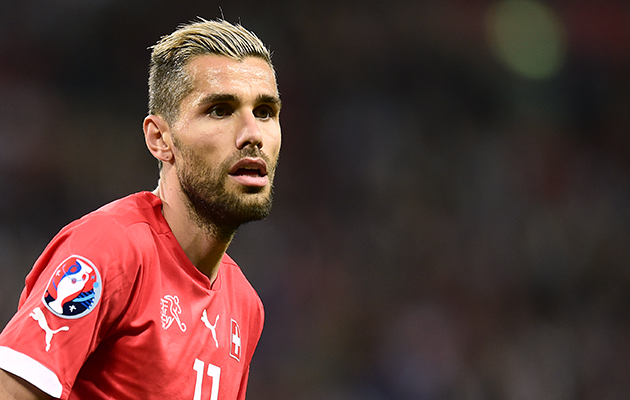 World Soccer: Your parents are Kosovan-Albanian so how do you feel about playing against Albania in the opening game?
Valon Behrami: We played in a qualification match for the 2014 World Cup against them. It was a special game for me. It was the first time I have been a little more nervous than I am used to being before a game.

But then when you are on the pitch you don’t think about these kind of things. Now is the third time we have played them. Of course, it is the most important one as it is the first game of the Euros. It is always like a Final, because if you lose the first game you are almost out.

It will be difficult to manage the emotion, but we have to think that it is just a game at the end of the day – even if it is not. There will be emotion on the pitch. My parents live there [in Albania], so it is going to be strange. But I chose 11 years ago to play for Switzerland and it was the best choice for me.

How did you make that decision?
There was about two to three months where I had to decide. I was 20 and I had to decide which national team I wanted to play for. Switzerland gave me the opportunity to play football, to be who I am now and to have a good career. For me, the decision at the end of the day was very easy.

How do you feel about playing for a country other than that of your birth?
It is just the revolution of football, which involves a lot of players not born in their country but who just grew up there. I think it is fair. In Switzerland they spend a lot of money on young players, even for their education. They spend a lot of money and they deserve this type of product, even if the players were not born there.

You played when Switzerland were co-hosts. How much extra pressure is there as the host nation?
Obviously it is a bit difficult to play at home. I played the Euros at home in 2008 and there was a lot of pressure. We couldn’t handle it and that’s why we got eliminated. But I think France have enough experience to handle the pressure like this.

Switzerland have not qualified for the Euros since 2008 but you’ve played in three World Cups. What was highlight of those tournaments for you?
The last World Cup was the best for me. We got eliminated in extra-time against Argentina and I was one of the main players. In 2006 I played just a couple of minutes and in 2010 I got a red card, so that was a very, very bad experience. The last World Cup I was feeling more important for the team and for the coach.

What are Switzerland’s realistic hopes in France?
The ambition should be a little bit higher than the last tournament. Of course, the quarter-finals would be a great result for us. But it is the kind of thing where you can expect everything. We could lose in the first round or go all the way to the semi-finals, it depends on the moment and where we are. When we arrive a lot of players need to be fit. We have time to work on that and we just need to find some good momentum. The difficultly with Switzerland is we have a lot of cultures mixed together and to find the combination for the success is not that easy compared to other countries.

Tell us about Vladimir Petkovic?
I’ve known him since I was young, but he has improved a lot. His ideas are fresh and everyone follows him.

It was good because he didn’t change so much in terms of the discipline side – like the time to come back to the hotel and the time off we have. That was really intelligent. On the pitch, we are more dominant and have better ball possession. That is what we wanted to do with him, and we did it well, but there are a lot of things to improve. That has to come from the players because he is doing a great job. He gives us the direction.