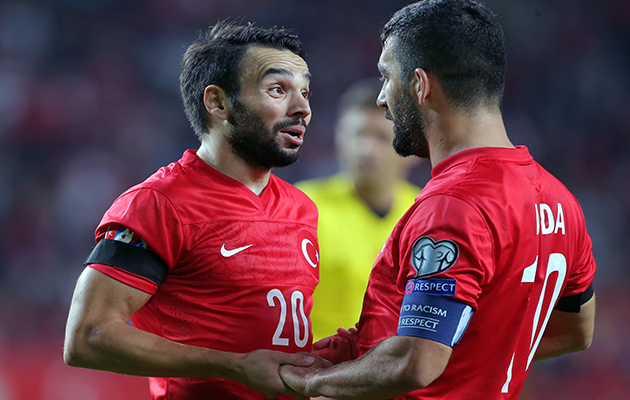 Turks are used to doing things at the last minute. At Euro 2008 they scored late goals against Czech Republic and Croatia to reach the semi-finals; older fans remember conceding goals at the death to Brazil and Costa Rica at the 2002 World Cup.

And that’s how Fatih Terim and his young guns qualified for Euro 2016. A dramatic last-minute free-kick from Selcuk Inan secured a priceless win over Iceland and what had seemed an extremely unlikely place at the finals.

In a group with Holland, Czech Republic and Iceland, Turkey had struggled to get going and left themselves little chance of qualifying going into the final round of matches.

But a poor start had a happy ending and a victory in Istanbul over already-qualified Iceland enabled Turkey to sneak into the finals as the best third-placed team, thus avoiding the play-offs.
Terim, the master motivator, now has his third crack at a European finals, after 1996 and 2008.

However, this time there are some considerable problems in his squad. Terim needs another Hakan Sukur, but top striker Burak Yilmaz is out of shape – not only physically but also mentally following a January move from Galatasaray to the Chinese league. Many people in Turkey questioned Burak’s motives for moving to China and it remains to be seen what sort of condition he will be in when he arrives in France.

There are also problems in defence, where Turkey concede goals far too often. Things have been tightened up recently, but tournaments tend to expose defensive weaknesses.

Terim, who replaced Abdullah Avci in August 2013, midway through the World Cup qualifying campaign, has a fearsome reputation in Turkey as the man who guided the country to its first major tournament, Euro 96, and then took them to the last four in 2008. He has also enjoyed European club success, winning the 2000 UEFA Cup with Galatasaray, and coached at the highest level in Italy, with Fiorentina and Milan.

However, despite his status and experience, he faces a tough challengein managing people’s expectations. Turks have already enjoyed reaching a semi-final and finishing third, in 2002, so what more is there to achieve?

The simple answer is that Turkey have set their sights on the Final. Friendly wins over Sweden and Austria in March extended Turkey’s unbeaten run to over a year. Optimism is high that this could be the right moment with the right coach and the right young, hungry squad. Turkish fans will travel to France from all around Europe, not just Turkey.

Of course, the players need to rise to the occasion. Star midfielder Arda Turan needs to be in top shape; Burak Yilmaz needs to recover his form and fitness; and Hakan Calhanoglu needs to maintain his incredible accuracy from free-kicks. Most importantly Fatih Terim, as in past tournaments, needs some luck. If all these parts come together, Turkey could be the surprise of Euro 2016. 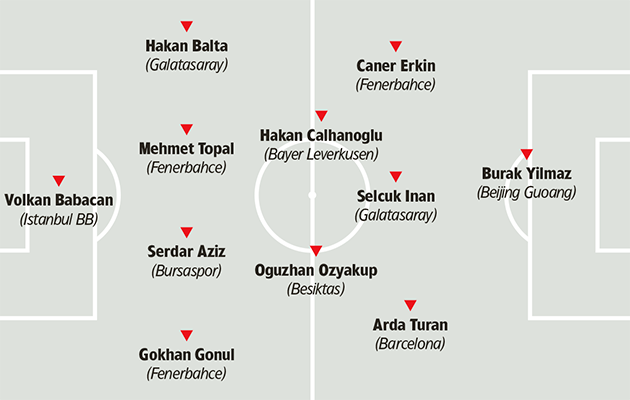 In previous tournaments, especially at the 2002 World Cup with Hakan Sukur and Ilhan Mansiz playing in a 3-5-2, Turkey had plenty of attacking talents to call upon. This time, with Burak Yilmaz injured since his move to China in January, Fatih Terim has few options up front and will almost certainly play 4-5-1.

Fatih Terim has traditionally loved to play attacking football, but in France he will rely on his key midfielders – the likes of Arda Turan, Selcuk Inan, Hakan Calhanoglu and Oguzhan Ozyakup – to support the front man by getting into the box as much as they can.

There remains doubts over the defence, where Serdar Aziz will start at centre-back if fit, but it’s a system that has worked well over the past year, during which time Turkey have not lost a game.

If Burak Yilmaz fails to recover his fitness in time, Fatih Terim is likely to move to a 4-1-4-1, with a defensive midfielder such as the versatile Ozan Tufan, or 4-2-3-1 with Cenk Tosun up front and more attacking wingers, such as Volkan Sen and Alper Potuk, on either side.

Whatever system they play, the key to Turkey’s play will be maximising the return from an energetic midfield. The form of Barcelona star Arda Turan and Hakan Calhanoglu will be crucial to any success. 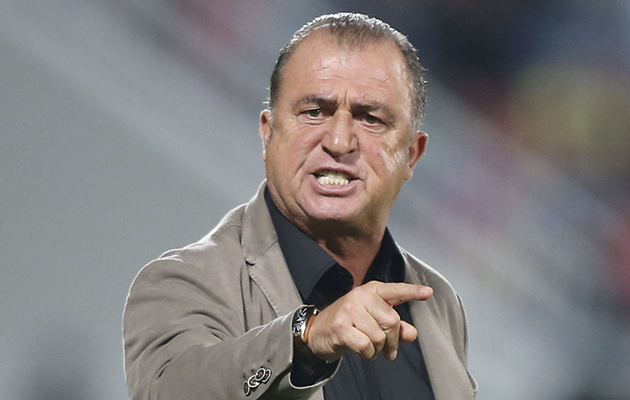 Fatih Terim
Age 62 (04.09.53)
“The Emperor”, as he is known, is now in his third spell in charge of the national side, having taken over on a temporary basis during the unsuccessful 2014 World Cup qualifying campaign.

The country’s most successful coach, he oversaw Turkey’s first qualification for a major finals, Euro 96, during his first spell in charge of the national side.

He has also coached at Serie A clubs Fiorentina and Milan, and won the 2000 UEFA Cup with Galatasaray.