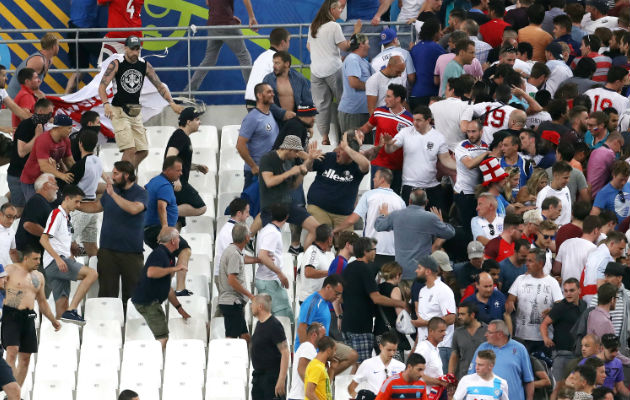 UEFA believes it has found a solution to help it be, at the least, better prepared to avert or control hooligan trouble at future European Championships.

The European federation has joined with the Council of Europe to construct a renewed convention on “an integrated safety, security and service approach at football matches and other sports events.”

An original formulation was drawn up after the Heysel disaster in 1985 when 39 Juventus fans were killed in a hooligan eruption before the European Champions Cup final against Liverpool in Brussels.

Michael Van Praag, chair of UEFA’s stadium and security committee, insisted that improved co-operation with police authorities would help make a difference at future main events. He also defended UEFA’s response to the trouble-hit Euro 2016 tie between Russia and England in Marseille.

Van Praag, a candidate for the UEFA presidency in succession to disgraced and banned Michel Platini, said: “Despite significant progress over the past two decades violence still represents one of the most challenging issues football has to face.

“But football cannot tackle it alone. We must have effective co-operation and support from police forces. The clashes between English and Russian supporetrs remind us we must do more to prevent and punish violent behaviour.”

“More than 30 years after Heysel and the previous convention this was high time. We hope all parties will ratify and implement the convention without delay. There must be no sanctuaries for hooligans.

“UEFA is ready to play its part. We are stronger together than we are alone. We must stand up for our values and take our responsibilities and to establish and maintain a zero tolerance policy.” 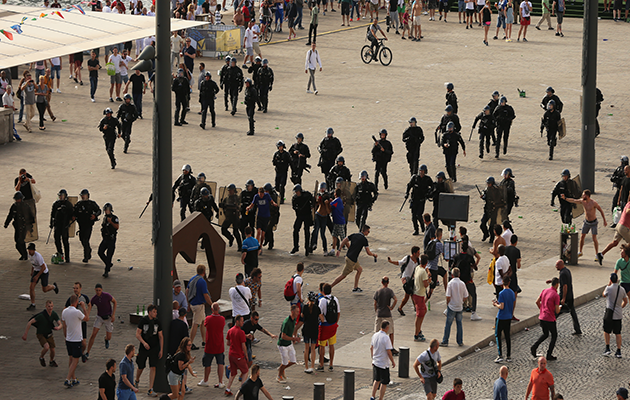 Police attempt to quell the trouble in Marseille.

However Van Praag rejected a suggestion that UEFA should have recognised the threat to law and order posed by the England-Russia game in Marseille bearing in mind the reputation of both countries’ hooligans and violence involving local troublemakers at the 1998 World Cup.

He said: “It’s always easy to say afterwards what somebody should have done. I have deep respect for the abilities of the city of Marseille to organise any match at any risk level and the authorities and UEFA were very well prepared to organise this match in the proper way.

“No-one expected this [trouble] to happen at this level and the local police did everything they could. But you cannot expect a tournament to change kickoff times and venues because of a draw. There were no signals that this match would be disturbed in the way it was.”

If the convention improves even only pre-event intelligence and co-operation then it will be worth its weight in paper.

The Council of Europe – its own entity, not an offshoot of the European Union – has 47 members. Representatives of 14 were present for the formal signing: Bulgaria, France, Georgia, Greece, Lithania, Moldova, Monaco, Montenegro, Netherlands, Portugal, Russia, Switzerland, the Former Yugoslav Republic of Macedonia and Ukraine.

Russia, whose police authorities were praised by Van Praag for their response after the Marseille trouble, was represented by Deputy Minister of Sport Natalia Baryshnikova. No British representative was present.