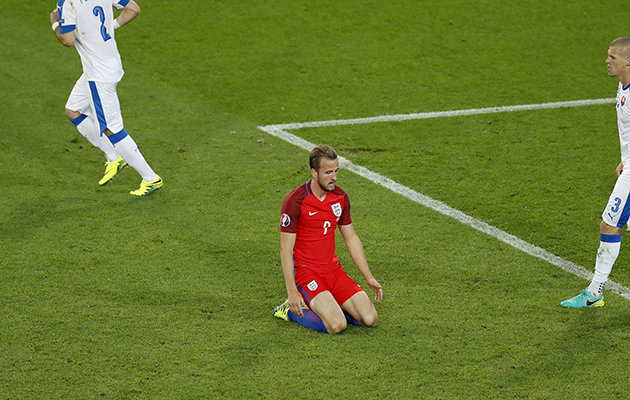 England and Roy Hodgson, you might say, breathe again.

At least they have avoided Portugal and the ever formidable Cristiano Ronaldo in their first direct elimination game, even if brave little Iceland have surpassed themselves in this tournament so far and deserve the greatest respect.

Iceland provide surely one of the greatest romances in the history of this and perhaps any other international tournament. If they may on the face of it seem the underdogs against this flaccid England team, then so they did against both Portugal and Hungary, neither of whom managed to beat them. While in their qualifying group they got the better of no less a power of the recent past as Holland.

Against England in Nice, they are sure to play once again on the counter-attack in front of a packed defence. But England’s so-called attack have been having embarrassing difficulties against any and every defence, while their own defence is anything but convincing.

Iceland do have an outstanding attacker in Gylfi Sigurdsson, lurking with dangerous intent behind the front pair and the best player on the field against Austria.

The uninspiring word is that Roy Hodgson may decide to restore the weary Harry Kane to the focus of the attack and stick Jamie Vardy out on the left flank. In other words, waste him and his electric pace. Perhaps these recent days of rest may restore some of Kane’s dash and brio, but it’s going to be a gamble.

And once again we see not a winger in sight, a real winger. Which could have been Newcastle’s Andros Townsend. To gamble on a winger who could not get off the Manchester City bench for weeks on end in Raheem Sterling, never looked as if it would make sense.

Iceland will defend stubbornly in depth and then strike from time to time with counter-attacks which are all too likely to expose the deficiencies of the central England defence.

But at least Wayne Rooney will start this game, rather than be so ludicrously omitted from the original line-up against Slovakia.

If England can get past Iceland, which is by no means certain, next would come France in Paris. A French team by no means dominant in the air, in defence and heavily reliant in attack on the towering young Paul Pogba in midfield and until the defeat of Ireland, the inspired shooting and penetration of Dimtri Payet.