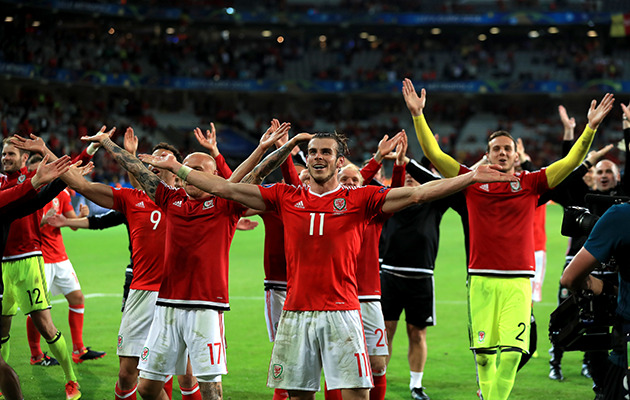 Match overview:
Wales will play Portugal in the semi-final of Euro 2016 after they came from behind to beat Belgium 3-1 in Lille and record the greatest result in the history of Welsh football.

Welsh fans sang “Are you watching England?” as they celebrated a famous triumph. Goals from Ashley Williams, Hal Robson-Kanu and Sam Vokes gave Wales victory over a Belgian side that had promised to run riot after a blistering start, when they took an early lead through Radja Nainggolan.

Wales fully deserved their victory. Creative in possession and disciplined when they lost the ball, they fought for every challenge and were ruthless in front of goal when required. Their team spirit strengthened as the game progressed while Belgium’s resolve crumbled. Robson-Kanu’s goal, after a brilliantly improvised turn that wrong-footed three Belgian defenders, deserves to be remembered as one of the goals of the tournament.

Yet it had looked as if Wales were in for a long night. Belgium were quick out of the blocks, playing fast, fluid football on the counter-attack. Welsh defenders threw themselves at shots from Thomas Meunier and Eden Hazard after Wayne Hennessey had blocked a shot by Yannick Carrasco. They could do little about Belgium’s goal, a thunderbolt from Radja Nainggolan from 30 yards. After a lay-off from Hazard, the Roma midfielder struck a fiercesome shot past Hennesey.

The opening goal was little more than Belgium deserved after their blistering start. But as fluid and exciting as they were in attack, Belgium were a different matter in defence. That was not surprising given the back four were playing together for the first time following injury to Jan Vertonghen and with Thomas Vermaelen suspended. The lack of marking at the corner from which Ashley Williams equalised suggested Belgium had spent little time rehearsing set-pieces. The ball from Aaron Ramsey was misjudged by Jordan Lukaku and landed invitingly for an unmarked Williams, who powered a header past Thibaut Courtois. 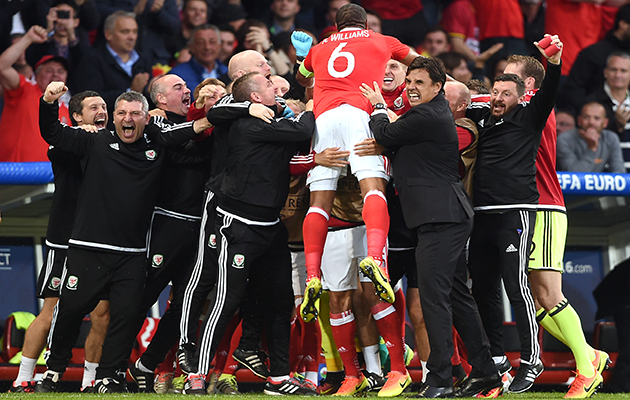 Belgium began the second half with similar intensity, as coach Marc Wilmots urged the majority Belgians in the crowd in Lille, half an hour from the Belgian border, to get behind his side. Romelu Lukaku headed an inviting cross wide, De Bruyne shot over and Hazard curled a shot just past the post.

But it was Wales who went ahead. A long pass was brought under control by Ramsey on the right side of the Belgian area. He crossed to Robson-Kanu, who deceived three Belgian defenders with an audacious, Cruyff-like turn before thrashing his shot past Courtois.

Belgium struggled to find a response. Half-time substitute Marouane Fellaini gave them a physical presence but was lucky to receive just a yellow card for a foul on Bale.

Coach Marc Wilmots switched to a back three but that left his side exposed on the flanks. Wales were able to counter and Sam Vokes headed Chris Gunter’s cross past Courtois for a third Welsh goal that confirmed their place in the semi-final.

The only negative note on a remarkable night for Welsh football was the booking, for handball, that ruled Ramsey out of the semi-final in Lyon next Wednesday.

Key moment:
After Wales’ equalising goal, captain Ashley Williams sprinted past the halfway line to celebrate with manager Chris Coleman and the Wales bench – a sign of the remarkable bond between the country’s players, coaches and fans. 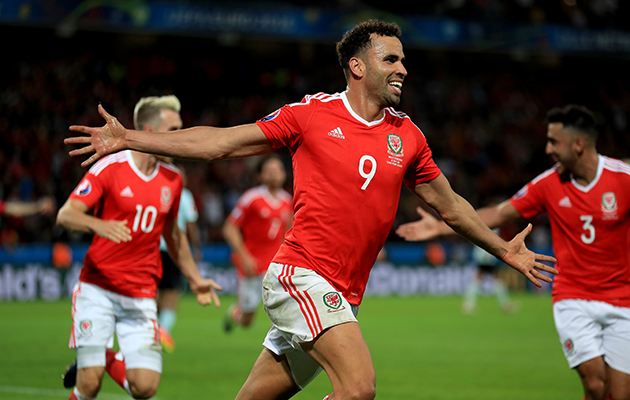 Hal Robson-Kanu, scorer of a brilliant second goal for Wales. The striker scored three goals in the Championship last season and went into the tournament without a club, having left Reading at the end of the campaign.

Matter of fact:
Belgium’s starting line-up had an average age of 24 years and 242 days, the youngest side at a European Championship for 48 years.

Talking point:
Exit at the quarter-final stage of Euro 2016 was another disappointment for the much-hailed “golden generation” of Belgian football. Yet they were defeated by a group of Wales footballers who have themselves grown up together and have now achieved the greatest result in Welsh football history.