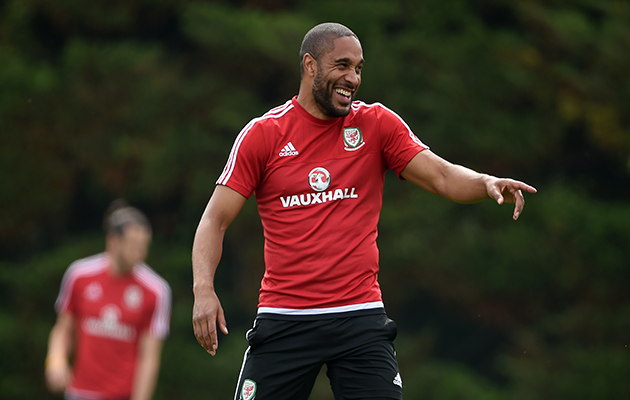 World Soccer: You’ve gone from non-league to captaining a Premier League club in Europe and winning silverware at Wembley. Does what you’re about to experience top it all?
Ashley Williams: I said before the campaign even started that, 100 per cent, it would be the proudest moment of my career. But it’s nothing to do with me as an individual.

I’ve been pretty fortunate to have some big occasions in club football, having had to start at the bottom, things like winning promotion with Swansea City in a play-off Final, all that goes with the Premier League and then the League Cup win, but this is something else for a few reasons.

There’s the history side of things when you look back at some of the great players to play for Wales who never got this opportunity – players like Ryan Giggs, Ian Rush, Neville Southall, Kevin Ratcliffe, Gary Speed of course, and Mark Hughes – and it reminds you how special it is. We’re all aware of the history of Wales as a side and what it means to the entire nation so that means so much.

There’s been so many near-misses for Wales in qualifying over the decades. When did you think this campaign would be different?
I think it was out in Belgium. Getting the draw out there really hammered home to us, and others, the belief we could do it. And then we took it up a level with the performance and the result out in Israel, and we knew then we had a real chance. When we beat Belgium at home we knew it was in our hands then and we weren’t going to let it go.

It must help having Gareth Bale…
Of course it does, he would be a boost to any team in the world. He’s unbelievable, world class, and showed that through the campaign. He gives the dressing room a lift every time you look up because you know he can win games and, as a defender, you know that, if you do your job, then you’re giving him that chance against whoever you are playing.

The best thing about Gareth, though, is he’s one of the lads, he’s not a superstar like that. He didn’t change when he went to Real Madrid as a person, though I think you can see he’s improved as a player. He’s part of the jokes in the dressing room and he’ll put as much work in on the training ground as any of us.

How do you think Wales will do?
We’ve not thought like that. It’s exciting to think about being there, although it’s hard to imagine what it will be like when we get out there against Slovakia. I think the message will be to enjoy it because it’s
a new experience, but we are there for business and we want to give a good account of ourselves.