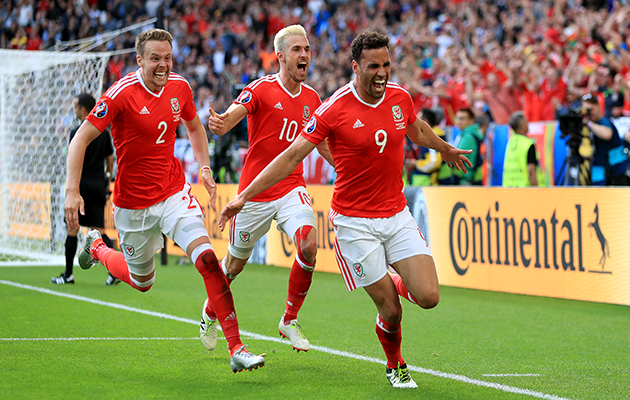 Match overview:
Wales began their tournament in style, beating fellow debutants Slovakia in a tightly-fought contest in Bordeaux. Gareth Bale gave Wales an early lead with a superbly-taken free-kick but Wales’s defensive approach allowed Slovakia to play their way back into the game and substitute Ondrej Duda gave them a deserved equaliser. And as Slovakia threatened to turn the game in their favour, substitute Hal Robson-Kanu grabbed the winner for Wales.

Key moment:
Just as it looked as if the points would be shared, Wales broke through Gareth Bale and Aaron Ramsey. The ball found its way through to substitute Hal Robson-Kanu, whose weak shot deceived Slovakia keeper Matus Kozacik to find its way into the net for the decisive goal.

Man of the match:
Wales showed that there are more than a one-man team but Gareth Bale set them on their way with a brilliant free-kick to open the scoring.

Matter of fact:
Ondrej Duda was the first player since Pele in 1958 to score against Wales in a major tournament.

Talking point:
Wales opted to start without a target man, with Hal Robson-Kanu on the bench and Jonny Williams starting behind Bale. The tactics worked: Williams pressed and harried the Slovakia defence and for Wales’ goal, he was fouled, winning the free-kick which Bale then converted. When Robson-Kanu did appear, as a substitute with less than a quarter of the game remaining, he scrambled the winning goal.