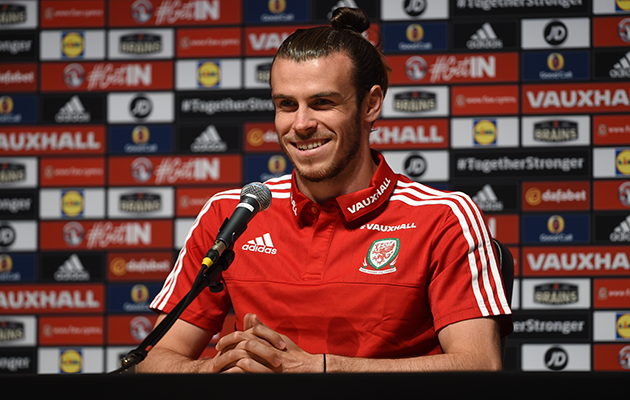 Wales face Belgium in Lille tonight in the Euro 2016 quarter-final, with the winners going through to meet Portugal for a place in the final.

The stakes then are high, and for Wales in particular they have rarely been higher. One has to go back to 1958 to find their only previous appearance at a major tournament and then, as now, they produced a valiant performance to reach last 8.

Standing in their way of further progress is a Belgium side ranked second in the world, but one that holds few fears for Chris Coleman’s men. Wales took four points off Belgium in the qualifiers for Euro 2016 and did not conceded a goal in the process.

Talismanic Welsh forward, Gareth Bale, believes those encounters may give Wales a psychological edge on Friday.

“We’re like their bogey team, aren’t we? Hopefully that edge gets into their heads – you never know,” he said.

“We will definitely draw on those qualifiers. We know how to play against them and how they play.”

Belgium captain Eden Hazard knows his side will have their work cut out and acknowledged that Bale, in particular, represents a significant threat.

“We didn’t create too many chances against Wales in recent times,” Hazard said.

“We struggled to score goals. They’ve got a large defensive block, they play with five at the back, they’re difficult to displace.

“They’ve got top players in the middle of the park and a real superstar up front. I hope that tomorrow’s match will be different to the last one we played against them.

Coleman, meanwhile, is aware of the magnitude of the occasion and he has told his players to relish the moment.

“We’re not going to talk it down,” said Coleman. “We’re going to savour this occasion, as we have done all along. This is another huge test and it’s another in a line of challenges that we’ve already met. It’s a great position to be in. We’ve got to go and do all the things that have got us in this position in the first place.

“Within the group the pressure is on us to keep performing. We’ve had to win differently [at this tournament]. Belgium are recognised as one of the best teams in international football and we’ve played them four times in the last two campaigns. But it’s all about us and our preparation. Just because it’s Belgium, there’s been no dramas in our camp.

Coleman been concerned over the fitness of Ashley Williams, who has been nursing a shoulder injury, but the Welsh skipper looks set to start.

“You need a leader, you need leaders, and we’ve got a really good dressing room,” said the Wales coach. “Ashley is the captain. You’re always worried with a shoulder injury but the medical team have done fantastic getting Ashley ready. It’s great news for us that he’s going to be available.”

While Williams has recovered to play the news is not so good for Belgium defender Jan Vertonghen who turned ankle ligaments and will miss the rest of the tournament. His loss is a blow to Belgium and, as coach Marc Wilmots admits, a ‘sporting tragedy’ for the player.

“Jan Vertonghen turned his left ankle at the very end of training and has torn two ankle ligaments,” said Wilmots. “It’s a sporting tragedy for him. He is out of the tournament, he’s out for around six to eight weeks. It is tricky but we’ve got alternatives. The players are ready to step in. It’s a unique opportunity. These things happen in tournaments.

Belgium produced arguably the performance of the tournament in the Round of 16, dispatching Hungary with ease in a comfortable and occasionally thrilling 4-0 victory. However, Wilmots knows that his Belgium side are prone prone to bouts of inconsistency and there is not guarantee which team will turn up on Friday night in Lille.

“We are now in the quarter-finals – the Hungary game is in the past and we need to focus on this game against Wales,” said Wilmots. “I think we have to keep doing what we’ve done well so far. Nobody knows what sort of team will be put out, so I really need everyone to stay on their toes.

“A manager is always scared of his team having an off-day. It can happen. Hungary went well, but now we must remain focused and not take it for granted that we will win easily. It will be a tough match, it’s a different opposition this time. They are a team with pace, who play good football and a lot of them play in England.

“They are a side who defend really well and who have real talent on the counterattack. Now the stakes are different, this is no longer a qualification game for points. We are going out there with the semi-finals of the EURO as a prize – that is completely different.”

Williams, is fit to play after recovering from the shoulder injury he suffered in the Round of 16 victory over Northern Ireland.

Belgium are without Vertonghen and fellow defender Thomas Vermaelen, who is suspended. Captain Eden Hazard is fit to after a minor thigh injury.