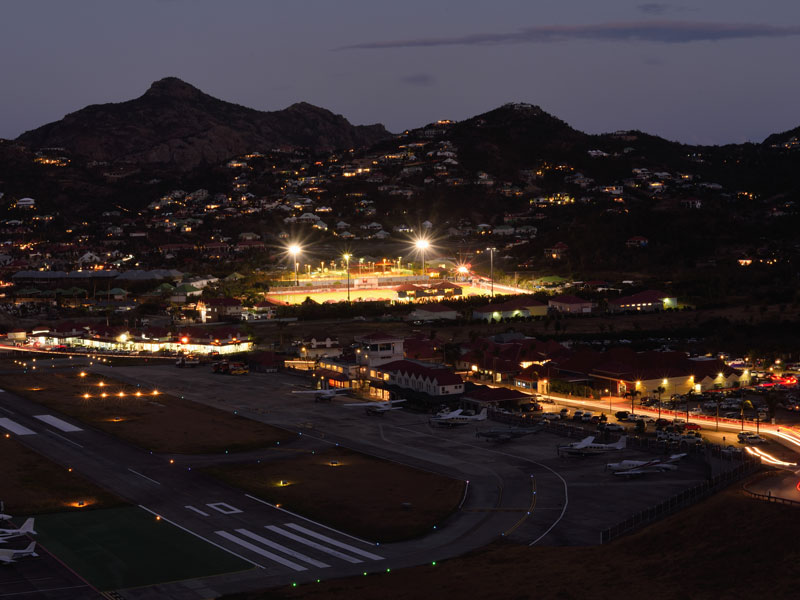 In west London, there’s much debate over whether Roman Abramovich is losing interest in football but there is plenty of evidence that the Chelsea owner still loves the game in the Caribbean.

In 2009, Abramovich spent €61.2 million on a 70-acre estate on Gouverneurs Beach on Saint Barthélemy. The French island is a regular haunt for stars such as Barcelona’s Lionel Messi and Luis Suarez, and Arsenal’s Mesut Ozil and Abramovich’s arrival prompted an upturn in the local football scene.

“We have the huge chance and advantage of having a football fan, who has one of the most beautiful homes on our island and is the owner of the Chelsea Club,” says Jeremy Merlet, a consultant for the Comité Territorial de Football de Saint-Barthélemy, which runs football on the island.

Abramovich’s dedication extended to financing a rebuild of the island’s only football stadium not just once but twice.

The Saint-Jean Stadium was built in the 1970s but had a poor pitch, so in 2010 the Russian donated a reported €3 million towards a revamp, including an artificial surface.

A 3-0 defeat away to Saint Martin in July 2010 was followed two years later by an 8-1 pasting from Guadeloupe.

Most of France’s overseas possessions are members of the French association. St Bart’s is affiliated to the Ligue Guadeloupéenne de Football, which is in the Caribbean Football Union and CONCACAF but not FIFA.

The LGF did not have the resources to help St Bart’s, where finding qualified referees can be hard.

Some officials are shipped over from Saint Martin for matches in the Championnat de Saint-Barthelemy, which features five clubs: AS Gustavia, ASPSB, Arawak FC, Les Diables Rouges and Team FWI.

ASPSB, a Portuguese sports association based in the capital Gustavia, is the most successful club and won the title in 2017 but were pipped by Arawak FC to the league last year, when AS Gustavia the cup.

The game on the island was hit when Hurricane Irma devastated St Bart’s in 2017 but Abramovich stepped in to help repair the Saint-Jean Stadium again.

The new-look stadium has accommodation and the CTFSB has begun inviting teams over. Saint Martin were hosted and beaten 3-1 in April 2018. A month later, St Bart’s took on the Dutch speaking side of the same island and won 5-3.

Mr Merlet adds: “This is the first time that members of the current CTFSB have expressed such a desire.

“We currently depend on the League of Guadeloupe, but we are seriously studying the opportunity to embark on the CONCACAF/CFU adventure.

“It is with this in mind that we are getting closer and closer to neighbouring islands which are all full members of CONCACAF and the CFU to share their experience, to make our football known to be convinced and to convince of the legitimacy of our approach and ambition.”

Mr Merlet says St Bart’s is “isolated” and dismisses the idea of participating in the World Cup as “ridiculous and unrealistic”, but adds: “We wish, like our neighbours, to participate in larger competitions, locally, organized by the legitimate CONCACAF federation.”

Joining CONCACAF would expose St Bart’s to more experienced opposition and the likelihood of heavy defeats. Some existing smaller CONCACAF members are also concerned about the impact of thrashings at youth level and St Bart’s has joined them in trying to resurrect the old Leeward Islands Football Association.

“There are so many things for young people to do today and losing matches by big scores does not help with retention,” says the BVIFA president Andy Bickerton, who is working with Saint Martin, Sint Martin and Anguilla on the plan.

The Leeward Islands association was formed in 1949 and sporadically staged tournaments but the last was in 2002. The initial idea is to stage junior tournaments and give St Bart’s comparable opponents as the island’s association looks to take the next step up.

WHERE IN THE WORLD?