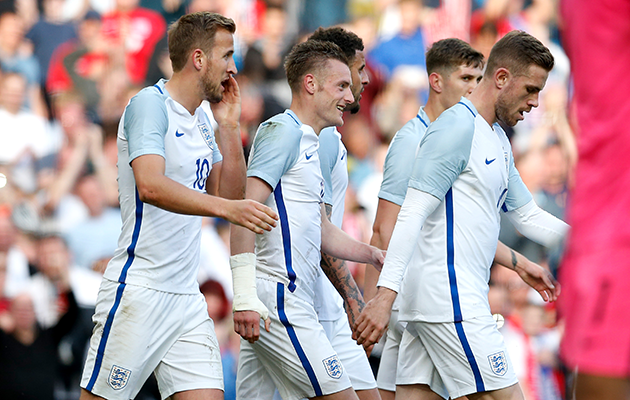 Roll on the overloaded European Championship finals – a parting gift from the abysmal Michel Platini.

Let us piously hope they will not be another deep disappointment for the England team. Following a season of what might politely be described as mediocrity. All huge credit to Leicester City for their glorious romantic success, yet it has to be said that for all their panache, consistency and all round achievement, they romped away with the Premiership by default.

For where in the final analysis was the competition? The big beasts hardly raised a roar. Arsenal second, fully ten humiliating points behind Leicester, squeezing into even that position only at the last gasp. After their eternal North London rivals Tottenham, they and their young Argentine manager Maurico Pochettino, lauded for their youthful dash and prowess, thrashed 5-1 in their final League game by a Newcastle team already doomed to relegation, and reduced, incredibly, for much of that match to ten men.

In passing, note the contribution to that Magpies victory of Andros Townsend on the right wing, voted best player on the field after he made mincemeat of the Spurs defence from the right wing. Yet this was the player for whom Pochettino could find no place. A player who in the recent past had excelled on England’s right wing.

Why Roy Hodgson didn’t pick him for the desperately hard won friendly against Turkey, rather than exhume a winger who had barely figured in the Manchester City team this year and who had such scant title to be in the squad at all was baffling. In the event, Raheem Sterling did not disgrace himself, either out wide or in the middle, but why was he there at all? And why waste Jamie Vardy out on the left wing where he was exiled till the second half, when his dynamic pace and opportunism make him such a menace through the middle?

England’s first goal from Harry Kane was offside, only a splendid save at the death by Joe Hart preserved their fragile victory. But it is scarcely Roy Hodgson’s fault if England, inventor of the third back game back in 1925, just don’t at the moment produce centre halves or call them centre backs any more.

It seems that certain clubs are prepared to pay Everton £50 million for John Stones, yet he looks a perpetual hazard. Smalling is probably the best of a bad lot, but he hardly did his reputation much good the previous day at Wembley, where some thought he should have been sent off much earlier than he was, when his fouls seemed to deny a scoring opportunity but was punished only by a yellow card. The second foul which had him sent off was a gratuitous folly. It was a bitter sweet occasion for Louis Van Gaal; Cup Final victory, prompt dismissal.

While on the subject of England centre backs, it is surely arguable that, even at his advanced age, John Terry remains the best of them. His unreciprocated loyalty to Chelsea has been shown by his willing acceptance of a vastly inferior contract, enabling him to remain at Stamford Bridge, when millions were waiting for him in the gilded backwater of Chinese football.

As for Crystal Palace, beaten in that undistinguished FA Cup final, what sympathy could there be for a team which had the whole of extra time to prevail against ten men.

A daft idea is the one which proposes an expansion of the Football League to five divisions but with two fewer clubs in each. No wonder there has been an outcry from a host of struggling teams aware that they would lose priceless home fixtures every season.

Besides, have the bird brains behind this idea contemplated the embarrassing fact that the so called National League from whose ranks teams would be drawn to make up the lowest division has pitifully low attendances at matches, very few of the clubs get as many as even 2000 fans.

But it was good to see Grimsby Town back in the Football League at last. I once knew well the late Charlie Spencer who kept the little club in the old 1st division for years before the last World War, only to go down and stay down at the end of season 1947/8.

When at Highbury, I watched their last top division match, in which they succumbed 8-0 to Arsenal. Manager Charlie Spencer claimed to be the first stopper centre half, playing for Newcastle United when they beat Arsenal 7-0 at Gallowgate in the offending match of the 1925/6 season, when the offside law radically changed.

He also gave the pass in the 1924 FA Cup Final from which left winger Stan Seymour – later a domineering chief executive of the club – ran through to score Newcastle’s first goal.