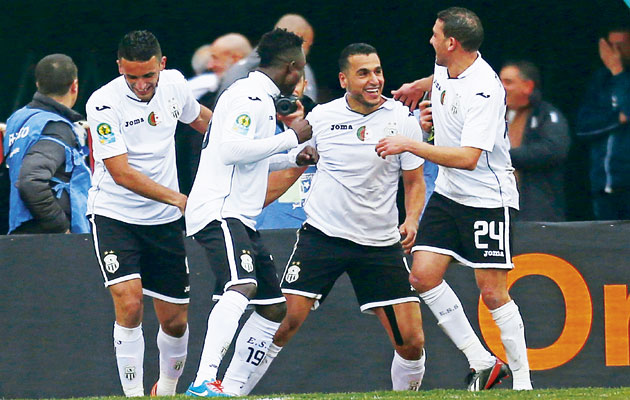 Holders ES Setif sneaked through to the group phase of the African Champions League on penalties, but they have lost their coach to fatigue and been drawn with two of their compatriots in an historic first for the competition.

The Algerian club looked to be comfortably on course after a 2-2 away draw in the first leg of
their third-round match with Raja Casablanca from neighbouring Morocco and then leading 2-0 at home in the return. But they conceded two late goals to set up a dramatic penalty shoot-out in which they emerged victorious to squeeze through in defence of their title.

It was all too much for Kheireddine Madoui, who last year, at the age of 37, became the youngest coach to win the tournament since the group format was introduced in 1997. Madoui announced his resignation on the grounds of both mental and physical fatigue.

Setif, whose success last year kept up the increasing rise back to prominence of Algerian football, have
been joined in the same group by two other clubs from the north African country in a first in Champions League history. Compatriots USM Alger and MC Eulma will compete alongside Setif in Group B,
with Al Merreikh of Sudan completing the numbers.

Only Africa’s best 12 performing countries – determined by an index of results over the last five years in the continent’s two club competitions – are allowed two representatives in the annual Champions League, but because Setif won the competition last year, Algeria had a rare entry of three.

The trio all made it past the three preliminary rounds in order to qualify for the last eight, which is where the group phase begins.

Eulma, who are in relegation danger in their domestic league, are debutants at this stage, while USM Alger have been in the group phase on three previous occasions.

The three Algerian clubs are part of seven from the Arabic-speaking north of the continent, keeping up the long standing dominance of clubs from the region.

However, it is TP Mazembe Englebert of the Democratic Republic of Congo, who are the marginal favourites this year. They have a record of consistency in the competition and could count themselves most unfortunate to lose out to Setif in last year’s semi-finals.

Mazembe are drawn in Group A alongside Smouha of Egypt, Moghreb Tetouan from Morocco and Sudan’s Al Hilal.

The group phase begins in late June, on a home-and-away basis, with the top two in each group advancing to September and October’s semi-finals, to be played over two legs.

The Final, in October and November, is also over two legs.