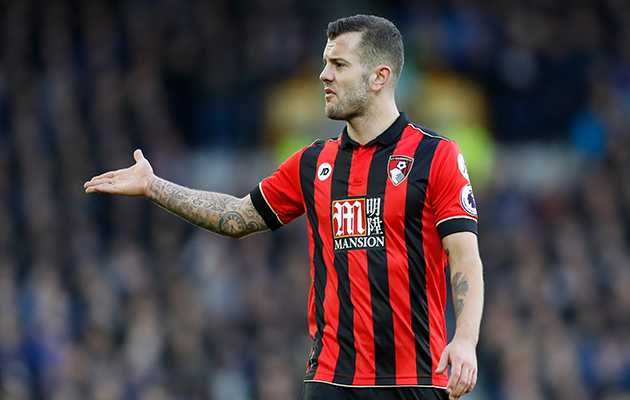 Jack Wilshere is a player who has hardly led a lucky career. In bright form for Bournemouth at home to Manchester City, he limped out of a hard tackle and off the field. He could only hope that this would not yet be another serious injury putting him out of the game for a long period.

I still believe he is the best English passer of a ball currently operating. We could not possibly see the best of him in the last European Championship finals as he simply and palpably wasn’t fit. But when he is, not least as he showed that day in Slovenia where he scored two priceless and face-saving goals, he is outstanding.

I suppose you might call him a profit doomed in his own country in that after a very short boyhood spell at Luton, the whole of his career has been spent on the books of Arsenal. Yes, he has had his turbulent moments off the field, but on it, when he is fully fit there are few if any English players like him.

His contract with the Gunners is up next summer, and they would be foolish indeed to let him depart. Arsene Wenger, who may himself be on his way then when his current contract runs out, has said that Wilshere could not be brought back from his loan with Bournemouth, but his view has been contested.

And Wenger himself? It now appears that the club’s American billionaire virtual owner is desperate for him to stay, but how far he really understands the game is debatable. At least with all his wealth he is no longer taking £3million a year out of the club.

I still believe that Wenger had shot his bolt a couple of seasons ago when the Gunners suffered a series of dismal defeats; beaten 6-0 at Chelsea and disasters at Anfield and Old Trafford.

It might be argued that since the departure of his close ally, David Dein, the man who brought him to the club from Japan, Wenger had too much of a free hand. Quite recently, it was significant that Sir Chips Keswick, presiding over the board at a shareholders meting, vetoed any criticism of Wenger. The clamorous shareholders who back in 1996 had in their ignorance demanded ‘Arsene Who?’ when Wenger had already flourished in his native France and could even have taken over the national team was ludicrous. As was loud criticism of the money he paid for signing the immensely influential Patrick Vieira from Milan. In parenthesis, choosing and grooming the much slighter and smaller Cesc Fabregas to replace Vieira when the Frenchman went was an inspired choice.

Yes, Wenger’s contribution to the club has indeed been immense, not least in transferring them to their present spacious London Colney grounds from nearby facilities owned by London’s University College. It should also be taken into consideration that Arsenal’s move from Highbury to their present Etihad Stadium cost then a huge amount of money, so much of which might have gone on transfers and keeping some of the stars they sold. 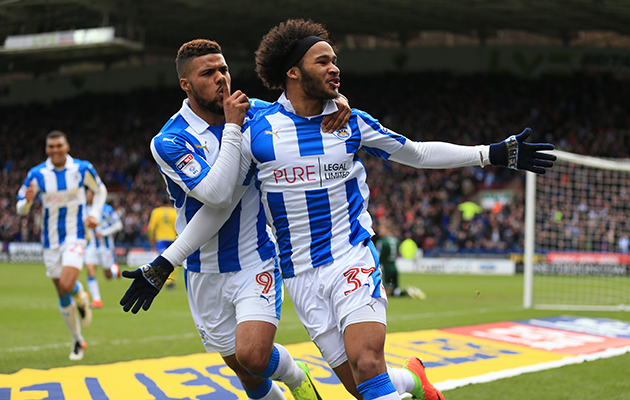 Antonio Conte, who has had such an impressive first season at Chelsea and has done wonders with his English, is said, despite all the team’s success this season, to be eager to buy yet more players come the close season.

Which makes you wonder about the ones, so to speak, who got away. Notably those two outstanding Belgium attackers, Romelu Lukaku and Kevin De Bruyne.

Lukaku has been knocking in goals galore with foot and head for Everton. De Bruyne has been a supremely versatile attacker for Manchester City, whether on the wing or attacking from midfield.

Yet De Bruyne in particular made an uneasy start at Stamford Bridge, where the club lost patience with him. Today in his extreme versatility he must be one of the best attackers in the world.

And what of Isaiah Brown? Who, you might ask. An England youth international, an attacking midfielder, now on loan to Huddersfield Town and a vital figure to their hopes of promotion. He was the best player on the field when I saw him inspire Huddersfield’s recent victory at Queens Park Rangers. What hope would he and others of a fine Chelsea youth team were they to return to the Bridge?