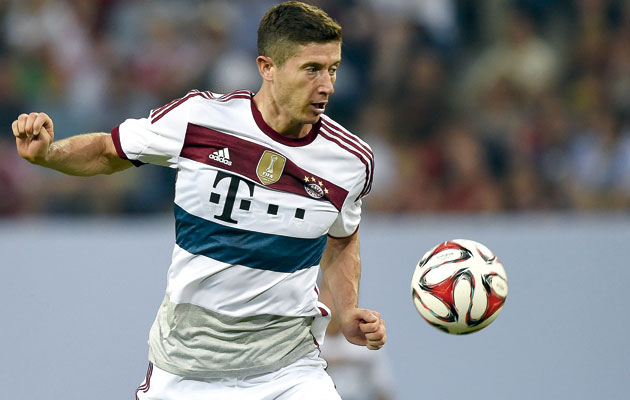 The 2014-15 Bundesliga is sure to be a special campaign following the Nationalmannschaft’s imperious triumph at the World Cup.

The euphoria generated by the national team’s first world title for 24 long and frustrating years is showing no sign of abating. The 52nd edition of the German championship will be a unique occasion to celebrate their heroes, cash in commercially, turn even more kids onto football and further raise the profile of the country’s number one sport.

As a consequence of Manuel Neuer’s saves, the goals of Thomas Muller and Mario Gotze, and the classy midfield prompting of Toni Kroos and Bastian Schweinsteiger, football Deutschland-style is now money-spinning gold. And whether it is a case of the German League negotiating new and improved TV contracts or Bundesliga clubs augmenting their merchandising and sponsorship streams, it is all aboard the gravy train.

“This world title clearly will bring so much more to the Bundesliga,” says Christian Heidel, general manager of Mainz, who are one of the more modest financial operations in the German top flight.

“The status of our game has received a real boost throughout the world and even the smallest of our clubs will profit.”

Not that a substantial rise in attendances is likely. The Bundesliga already boasts the best gates in Europe (some 13 million spectators last season for an average crowd of 42,609 – up 1.7 per cent from the previous campaign) and at the moment there is very little spare capacity. Most games last term were sell-outs, and while promoted Cologne are a fan magnet, the increase in numbers they bring will effectively be wiped out by the relegation in May of Nuremberg, who despite their mediocrity on the pitch, attracted 40,200 through the turnstiles once a fortnight.

Compared to the two previous German World Cup titles of the Bundesliga era, in 1974 and 1990, today’s top flight is in a much better position to inspire, consolidate and grow. Back in 1974 when Franz Beckenbauer, Gerd Muller and Sepp Maier ruled the roost, football was far from the globalised big business it is now. In 1990, many of the key national-team protagonists – such as Lothar Matthaus, Andy Brehme, Rudi Voller, Thomas Berthold and Jurgen Klinsmann – earned their money abroad.

This year, nine of the team that started the Final against Argentina were Bundesliga employees and therefore every week of the new season will be a mini-World Cup fest; a time for excitement, adoration and passion for winning performance.

It will not be enough, however, for the championship to solely take the form of a Brazil 2014 love-in. What the Bundesliga desperately needs is a multi-handed battle for top spot – unlike last season, when Bayern Munich dominated from start to finish and, in effect, had the title in the bag well before Christmas.

One can only hope for a touch more equality and unpredictability in the months ahead. But while Bayern remain hot favourites for the title, the men from the Allianz-Arena can take nothing for granted.

Domestic seasons in the aftermath of a World Cup are notoriously difficult for big clubs
to cope with and there has to be a concern that Bayern’s many internationals will at some point pay a physical price for the lack of off-season regeneration.

Ideally, Bayern’s management would have preferred to start the new season a week or two later than the scheduled August 22. But the suggestion was overruled by other clubs, prompting Bayern chairman Karl-Heinz Rummenigge to claim: “The reason for that is that they saw it as their only chance to cause Bayern problems.

“I would have liked to have seen more solidarity among the clubs who sent a lot of players to the World Cup. Dortmund also sent eight or nine players. At least we didn’t suffer any injuries in Brazil.”

Anti-Munich conspiracy theories aside, a non-Bavarian title challenge is not entirely out of the question. Schalke, third last term, boast an excellent crop of young players who are growing in maturity and assurance all the time – as illustrated by the frequency with which they came from behind to win in 2013-14. Wolfsburg, with their impressive mix of experienced old heads and youthful vigour, are also a force in the ascendency, and under new coach Roger Schmidt, Bayer Leverkusen have the attacking-third weapons to blow any opponent away.

Schmidt wants his new team to press high and attack with gunshot velocity, and such tactics will very much continue to be the modus operandi of last season’s runners-up Dortmund. If the Yellow-and-Blacks can avoid the over-subscribed treatment room of the past 12 months, they will be back in the breakneck blitz business. When it comes to pushing the motivational buttons coach Jurgen Klopp is a genius.

Ultimately, though, the title will be Bayern’s to lose, and knowing the perfectionist ways of coach
Pep Guardiola and the character of Muller, Neuer and Schweinsteiger it is hard to imagine the wheels coming off. Blessed with the deepest of first-team squads, Guardiola will be able to conquer any post-World Cup fatigue with a reshuffle here and some rotation there. Now that Polish striker Robert Lewandowski has signed on the goals should flow in torrents.

Lewandowski’s move from Dortmund to Bayern was not the only switch to set the pulses racing on the Bundesliga circuit. The Dortmunder believe they have repaired the damage up front by paying ¤26million for Hertha Berlin’s Colombian marksman Adrian Ramos and Torino finisher Ciro Immobile. Elsewhere, Leverkusen splashed out ¤14.5m on highly-rated Hamburg attacking midfielder Hakan Calhanoglu; Hertha pulled off a coup with the acquisition of dynamic Swiss midfielder Valentin Stocker; Wolfsburg fought off a lot of competition to recruit Eintracht Frankfurt right-back Sebastian Jung; and Dortmund increased their defensive options by signing Freiburg’s talented centre-back Matthias Ginter.

Full marks, too, to Borussia Monchengladbach for their wheeler-dealing, with the ¤12m received from Barcelona for goalkeeper Marc-Andre Ter Stegen funding the enrolment of excellent Swiss stopper Yann Sommer, dashing Augsburg winger Andre Hahn, USA World Cup right-back Fabian Johnson – who was a European champion with the German under-21 side in 2011 – and the inventive Belgian midfielder Thorgan Hazard, who has been sent on loan by Chelsea.

The new campaign will feature four recently-arrived coaches. Despite never having taken charge in the Bundesliga, Schmidt’s free-wheeling philosophy looks a good fit at Leverkusen, while the Dane, Kasper Hjulmand, was a surprise selection to succeed the inimitable Thomas Tuchel at Mainz. Former Bundesliga-winning coaches Thomas Schaaf and Armin Veh – at Bremen and Stuttgart respectively – will be getting to grips with major rebuilding jobs at Eintracht Frankfurt and Stuttgart, which are not tasks for the faint-hearted and should they stumble early the knives will be out.

The season after Germany’s last world title, in 1990, newly promoted Kaiserslautern stunned the country by jumping straight out of the traps and winning the Bundesliga shield. But do not expect the this year’s new boys to achieve anything similar. For all their prestige and tremendous support, Cologne are more solid than scintillating, and as for top division virgins Paderborn, survival is the only game in town.

“We’ll be the most extreme outsider in the history of the Bundesliga,” says Paderborn coach Andre Breitenreiter, a striker with Hamburg in his playing days. “We can draw strength and motivation from this. We surprised everyone by gaining promotion last season and will aim to cause another sensation by surviving in the top flight.”

Residents of the smallest ground in the Bundesliga – their Benteler Arena home only having room for 15,000 – Paderborn certainly could not have timed their major league breakthrough better. Good luck to them. They deserve a place in the sun and a chunk of the world championship dividend.