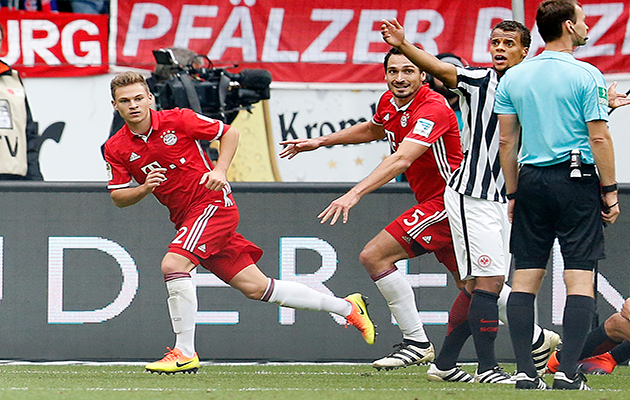 Aritz Aduriz, Athletic Bilbao
The 35-year-old striker continues to defy the ageing process, with a goal and an assist in Athletic’s 3-2 win over Real Socieded in the Basque derby.

Tim Cahill, Melbourne City
The veteran scored a stunning goal on his A-League debut for Melbourne City against city rivals Melbourne Victory. The remarkable volley from 40 yards was witnessed by a crowd of 43,188.

Anthony Modeste, Cologne
The former French Under-21 striker, a one-time flop at Blackburn Rovers, has found his feet in the Bundesliga this season. His two goals against Ingolstadt steered Cologne to an unlikely second place in the Bundesliga.

Mario Suarez, Valencia
After only scoring a handful goals in the past few seasons and struggling at Fiorentina and Watford, the Spaniard was Valencia’s unlikely hero, scoring in each half as Italian coach Cesare Prandelli celebrated his first game in charge with a win over Sporting Gijon.

Anthony Laffor, Mamelodi Sundowns
The Liberian international was the hero for the South Africans as they beat Zamalek in the first leg of the African Champions League Final.

Edin Dzeko, Roma
The Bosnian is back in the scoring groove, striking twice in second-placed Roma’s 3-1 win at Napoli.

Martin Braithwaite, Toulouse
The Danish striker scored twice late in the home game against Monaco to seal a 3-1 victory that took Toulouse to second place in Ligue 1.