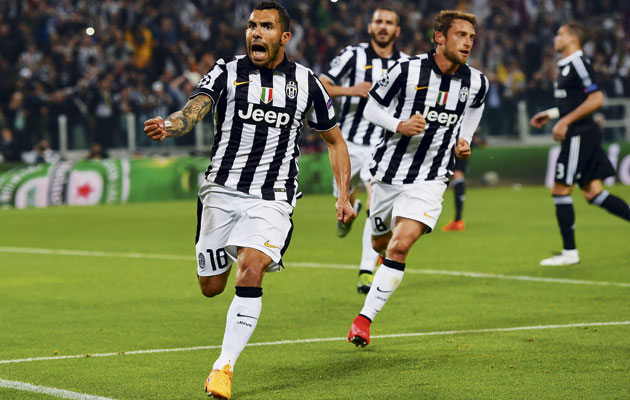 When newly appointed coach Massimiliano Allegri turned up at Juventus’ Vinovo training centre
for the first time in July last year, he was greeted by a number of fans who chose to remind him of his past allegiance to rivals Milan, telling him loud and clear that they did not want him.

With Juve having qualified for a first Champions League Final in 12 years, what do those supporters think now?

Not even his greatest admirers could have imagined Allegri ending the season in Berlin when the 47-year-old was airlifted into the Juventus job just hours after Antonio Conte resigned in the wake of three consecutive title-winning seasons. Six months earlier, after a 4-3 away defeat to minnows Sassuolo, Allegri had been sacked by Milan, who were in 11th place at the time and fully 30 points behind Conte’s Juve.

When Conte quit last July, many were predicting a difficult season for the “Old Lady”. It was suggested that, without their guiding light, Juventus would lose their way, especially since the new man had not been responsible for bringing a single player into his squad. However, that was to underestimate Allegri’s coaching qualities, which were first seen at the top level with Cagliari, between 2008 and 2010, and then at Milan, where he won the Serie A title in his first season in 2011.

It was former Juventus and Italy coach Marcello Lippi who pointed out just how cleverly – and diplomatically – Allegri took charge. For a start, he did not change any of the many things that already worked well for the club and therefore avoided treading on famous toes.

Then, as the season progressed, he began to add some of his own concepts.

Whereas Conte’s Juventus tended to be a 100 per cent “up and at em” side, Allegri’s Juve is more “Italian” in that it likes to slow the pace every now and then in order to control the game. Lippi also felt that, under Allegri, the team has become more flexible, able to switch from 4-3-1-2 to 3-5-2 during the course of a game.

“[Like my Juventus] this side has grown tactically, technically and psychologically and it has got to a point of self-realisation”, Lippi told Italian radio RAI 1. “To be honest, I often see myself again in him [Allegri].

“We both took over at Juventus at the same age and we both won the title at the first time of asking. We were both coaches who had coached and played at every level. We had worked our way up.”

Lippi went on to praise the manner in which Allegri had taken over a winning Juve side last summer, in the immediate wake of the surprise resignation of Conte, saying: “He didn’t mess about with any of the things which worked well in [Conte’s] side but then, bit by bit, he got his players to acknowledge that you could add on some things so that now this side can use different tactical systems in the same game and, at international level, that is a great advantage.”

Allegri, of course, was a fortunate man in that he inherited by far the strongest and best balanced squad in Italian football. He was even luckier on the home front as, one by one, and in manifold different ways, all his major Serie A rivals dropped out of the title race. This effectively allowed Juventus to have the league title wrapped up by the end of February, thus leaving them time and space to concentrate fully on Europe.

Throughout much of Juve’s Champions League run this season, luck has appeared to be on the Old Lady’s side. And that was never more obvious than in their quarter-final against Monaco, where the French side were eliminated by a debatable first-leg penalty.

Monaco’s Portuguese coach Leonardo Jarim was left to comment that, whatever else, the tie had “not been decided by the quality of the players”.

Many Italian commentators accepted that the dour, defensive 0-0 draw in the return leg had been a poor performance by a Juventus side that basically went looking for the scoreless draw that would see them through. Key players such as Argentinian striker Carlos Tevez, Spanish forward Alvaro Morata and Chilean midfielder Arturo Vidal had played some way below their best, leaving it to the experienced defensive line of goalkeeper Gigi Buffon and central defenders Giorgio Chiellini, Leonardo Bonucci and Andrea Barzagli to save the day.

As sports daily Gazzetta dello Sport put it: “Whatever way Juve’s European run ends, the ‘Old Lady’ has become a young starlet who can show the entire Italian football movement the right way to get out of our current crisis.”

The five-year long lack of Italian success in the Champions League – which has coincided with a period in which the Italian national side has twice been ignominiously eliminated from the first round of the World Cup – seemed to suggest that the game in Italy was in decline. And while Juventus’ Champions League Final appearance may not mean the corner has been turned, it does represent a welcome shot in the arm.

“We are still a long way from the earnings of clubs like Real, Barcelona and Bayern, the other semi-finalists,” commented Gazzetta. “But at least we’re playing in the same league, and not just in terms of football.

“The success [of Juventus] gives the club the chance to initiate a winning cycle during which, paradoxically, even the sales of players like Pogba and Vidal could represent an opportunity.”

The Tevez-Morata partnership has looked like Juve’s strongest front pairing and it seems unlikely that Allegri will opt for anything else in the Final in Berlin. This means that Fernando Llorente, who has come off the bench to make a significant impact in recent Serie A and Champions League ties, will almost certainly be a substitute once again.

With Paul Pogba fit to join the familiar midfield trio of Vidal, Andrea Pirlo and Claudio Marchisio, Allegri may opt for a four-man defence which features Bonucci and Chiellini in the centre, with Stephan Lichtsteiner and Patrice Evra in the full-back berths. 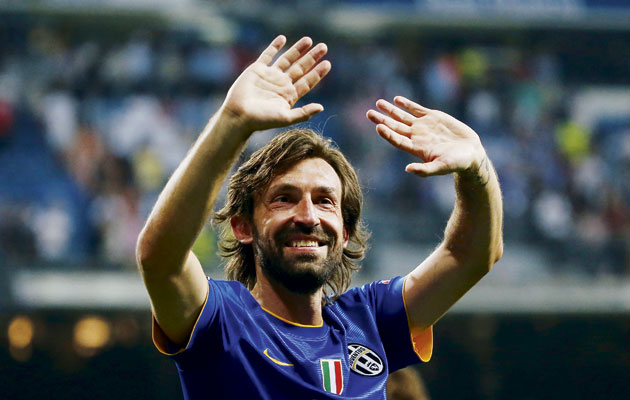