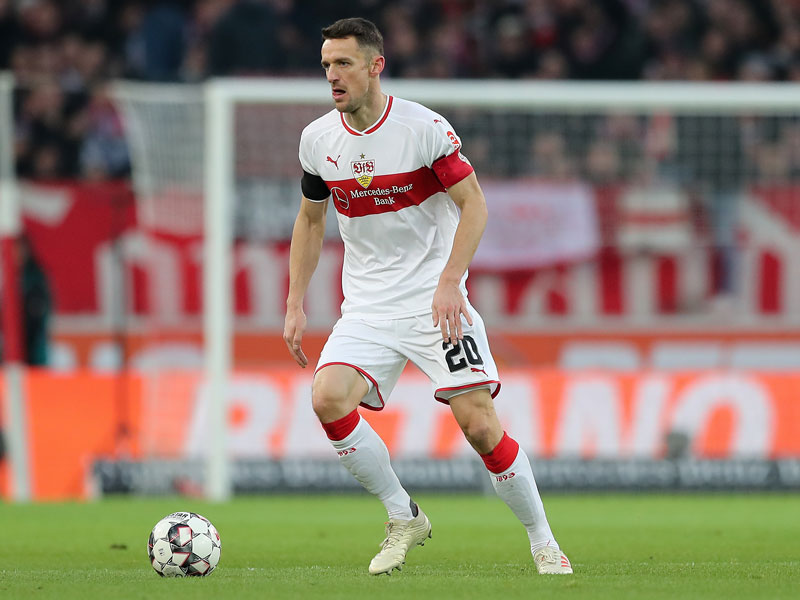 Nick Bidwell’s Notes From Germany: The Trials And Tribulations Of Christian Gentner

Tragic, distressing times for Stuttgart midfielder and captain Christian Gentner, whose father Herbert collapsed and died of a heart attack while attending the Swabians’ 2-1 victory at home to Hertha Berlin.
Herbert Gentner, 65, is thought to have passed away around 30 minutes after the final whistle. Less than an hour earlier, he had been celebrating his son’s contribution to Stuttgart’s winning goal, a deft cross paving the way for striker Mario Gomez to net his second goal of the game with a powerful diving header.
It should have been a Saturday evening of unbridled joy at the Mercedes Benz Arena. Not only had the come-from-behind win over Hertha lifted Gentner and company out of the relegation zone;  veteran front-man Gomez was back among the goals, on the score-sheet for the first time in two months. Sadly, the euphoria was not to last long
“Sometimes you think that football is everything,” wrote Stuttgart Daniel Didavi on Instagram. “Then you realise it is nothing.” Wise words of perspective.
The tragic plight of the Gentner family resonates deeply with the Stuttgart Nation. Christian Gentner, still a sprightly 33, is very much part of the fabric of the club, having coming through the youth ranks and spent 16 years there in two separate spells. His younger brothers, Michael and Thomas, also have strong links to VfB, the former as a junior coach, the latter as an apprentice full-back.
With Stuttgart, Gentner junior has run the gamut of emotions: their sensational Bundesliga triumph in 2006-07, relegation from the top-flight in 2016, the second division title the following year, an horrific facial injury last season – when he collided with the flying knee of Wolfsburg keeper Koen Casteels. – and now the devastating loss of his father.
While not a fashionable, high-profile player, Christian Gentner undoubtedly has enjoyed a fine career. Able to do a job in any midfield zone, tremendously consistent, industrious, full of drive and a great team man, he won five full caps for Germany between 2009 and 2010 and was a key protagonist in Wolfsburg’s stunning national championship in 2008-09.
In a tribute to his dad, Gentner decided not to take a bereavement break, making himself available for Stuttgart’s final two Bundesliga games prior to the winter shutdown. “It says everything about Christian’s personal identification with our club and the extraordinary relationship his family has with us that he has opted to play on,” declared Stuttgart general manager Michael Reschke. RIP.
[collection name=”small” accordion=”mobile” excerpt=8]
What We Learned This Week
1. A changing of the guard at the works club?
Distinctly unhappy to be scratching for points in mid-table, Leverkusen power-brokers are thought to be moving inexorably closer to sending coach Heiko Herrlich packing. According to Kicker magazine, the Bay Arena brass already have a short-list of replacements drawn up, with ex-Ajax and Dortmund trainer Peter Bosz and Salzburg’s Marco Rose among the chosen few.
2. The wooing of Wagner
Bayern Munich’s out-of-favour striker Sandro Wagner is rumoured to be a mid-term transfer target for Schalke. The 31-year-old ex-German international only has started a couple of competitive games for the champions this season and for such an intense character, that is not nearly enough. A pair of Premier League sides (Crystal Palace and West Ham), Turkish giants Galatasaray and two other German outfits (Leverkusen and Stuttgart) are in the bidding mix.
Don’t forget to follow World Soccer on Facebook and Twitter.