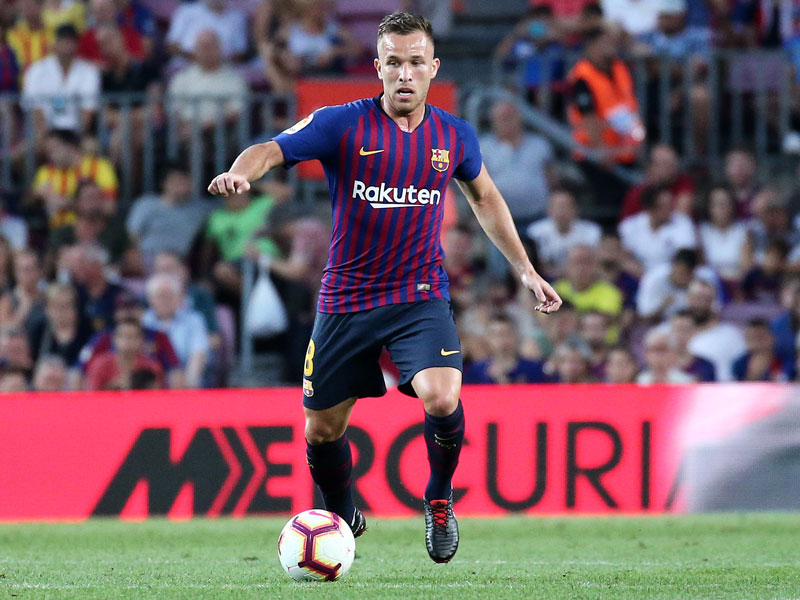 Argentina’s clubs would prefer the new, year long Copa Libertadores to be played from August to May, rather than the late January to late November format introduced last year.

It would make some sense.  This year’s knock out stage got underway a month ago – just after Arthur of Gremio, Vinicius Junior of Flamengo, Lautaro Martinez of Racing and Marcelo Saracchi of River Plate were sold across the Atlantic. The Summer transfer window in Europe inevitably plucks away the brightest young talents in the Libertadores, as does it just as the action steps up a gear. An August to May campaign would avoid this danger.

It would also work in the favour of the Argentines, since their club season follows the European format. But they are now isolated in South America. Bolivia, Chile and Uruguay have all recently made the transition, joining the others on the continent who organise their domestic game on the basis of the calendar year. As it stands, the Argentines are at a disadvantage.  When the knock out round kicked off a month ago, their clubs were not yet in competitive action. The domestic league season had yet to start. And so their teams, some with new coaches, all with new players, were undercooked for the most important game of the year so far.

This fairly basic piece of information seemed to be missing from much of the Brazilian press last week. The controversial Libertadores tie between Santos and Independiente was a Brazil v Argentina clash that brought dangerous levels of nationalism to the surface.

The first leg, a dire 0-0 draw, had been played in Argentina on August 21st, a fortnight after the other opening games in the round.

But the new Santos signing, Uruguayan World Cup midfielder Carlos Sanchez, should not have played.  He was still carrying a suspension from his previous spell in South American football, back in 2015, when he was sent off while playing for River Plate.

Santos had checked the status of Sanchez on the Comet system of player registration, used by Conmebol (the South American Federation) but, bizarrely enough, not binding.  According to the system, Sanchez was in the clear.  Santos did not take the extra step of checking with Conmebol – as River Plate did with midfielder Bruno Zuculini, who also appeared in games where he should have been suspended.  This proved a costly lapse by the Brazilians.

Independiente lodged a complaint, arguing that rules had been broken and that they had been forced to field an improvised defence to replace two suspended players.

Santos had not acted in bad faith, had made no attempt to gain an unfair advantage and the fault was not theirs alone.  It may have been better to hand them a purely token form of punishment, like a small fine.  But there was a powerful reason this was not going to happen.  Earlier in the month, in a similar situation, Conmebol had punished Deportes Temuco of Chile for unwittingly fielding an ineligible player.  A game they won – 2-1 away to San Lorenzo of Argentina – was awarded 3-0 to their opponents.  It was always evident that the same thing was going to happen to Santos.

The verdict was announced on the morning of the second leg.  This was clearly unsatisfactory.  To be fair to Conmebol, time was tight.  Just a week separated the two legs, so there was little space for due process.  And the outcome did not come as a surprise, especially given the strength of the Temuco precedent.  It is not true that Santos coach Cuca was preparing his team for a tie that would resume at 0-0, and then suddenly had to change his plans and chase a 3-0 deficit.  This was always likely from the moment the disciplinary hearing was announced.

Of course, the judgement completely altered the tone of the second leg.  Santos had been extremely poor in the first game; they did not manage a single shot, on or off target, and needed goalkeeper Vanderlei to make some sharp saves.  But there is talent in the team, and would have fancied their chances had the return match kicked off with scores level.  But right from the opening exchange it seemed clear that the team had little faith in overturning a three goal deficit.  Independiente were the better side once more, missing a penalty and striking the underside of the bar.  And inside the last ten minutes, it became clear that a significant number of Santos fans had lost hope.

A series of flares were lobbed onto the field, followed by a serious attempt at a mass pitch invasion.  Security concerns meant that the referee was forced to abandon the game – opening Santos to the possibility of more punishment.

Disturbingly, some in the Brazilian media appeared to be condoning this outbreak of violence, which could easily have got out of hand. The Santos president has talked of taking the case to the Court of Arbitration for Sport – his case significantly undermined by the declaration of his own coach after the game. Cuca admitted that the club were at fault, having committed a basic error, and Santos have subsequently sacked the employee in charge of player registrations.