Moise Kean, Juventus
The 16-year-old became the first player born in 2000 to play in any of Europe’s top four leagues when he replaced goalscorer Mario Mandzukic with six minutes left of Juventus’ win over Pescara.

Kasper Dolberg, Ajax
The Danish teenager added to his growing reputation with a first-half hat-trick in Ajax’s 5-0 win over NEC. 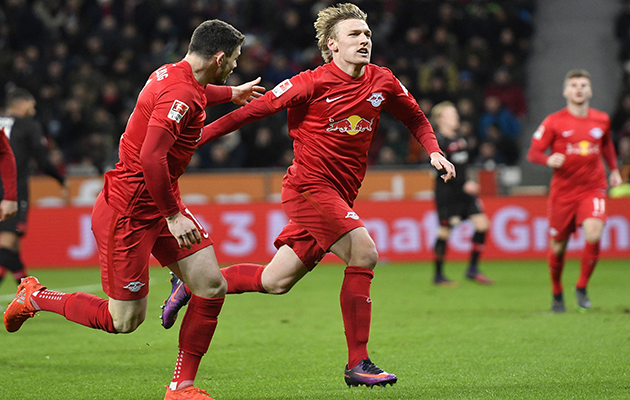 The Swedish winger ran from his own half to fire home an equaliser against Bayer Leverkusen before his team-mate Willi Orban grabbed a late winner as RB Leipzig moved to the top of the Bundesliga for the first time.

Suso, Milan
The former Liverpool midfielder became the first Spanish player to score in the Milan derby with two brilliantly-taken goals in a thrilling 2-2 draw in which Inter salvaged a a point with an injury-time equaliser from Ivan Perisic. 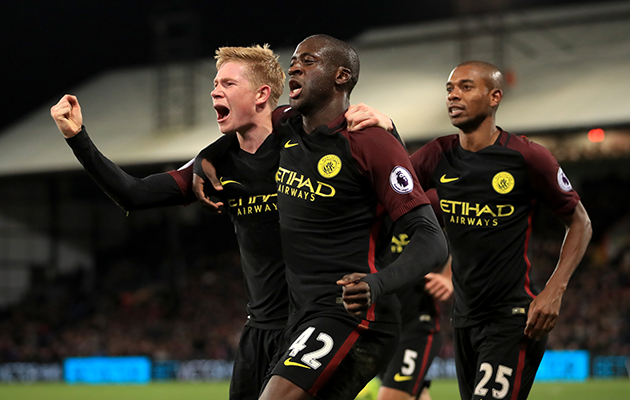 Back in favour…Yaya Toure justifies his recall to the first team.

The Ivorian midfielder took full advantage of a change of heart from City manager Pep Guardiola to score twice on his first start of the season, a 2-1 victory at Crystal Palace.

Robin Van Persie, Fenerbahce
The Dutchman became the first player in more than three years to score twice for Fenerbahce in the Istanbul derby against Galatasaray.

Victor Moses, Chelsea
The Nigerian midfielder again proved a revelation in a new wing-back role, as Chelsea ground out a 1-0 win at Middlesborugh to move to the top of the Premier League table.

Carlos Kameni, Malaga
The Cameroonian keeper produced a series of outstanding saves in his side’s 0-0 draw at Barcelona.