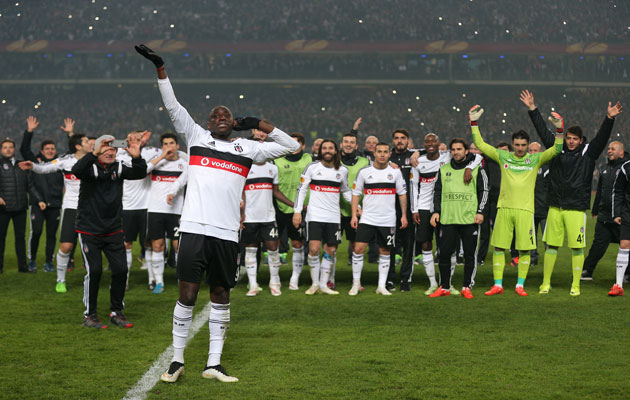 Former Newcastle and Chelsea striker Demba Ba has not ruled out a return to the Premiership where he feels he has “unfinished business”.

The 30-year-old is currently at Turkish club Besiktas, but is optimistic at the prospect of playing in the Premier League inthe future.

Ba, born in Paris to African migrants, recently visited London, where he helped organise a charity fundraiser for homeless children in the Senegalese capital, Dakar.

Speaking to World Soccer he said: “The fans in Turkey are very passionate and create a great atmosphere but it is no secret that the standard of football is of a lower quality than in England.

“The way I left Chelsea was not ideal but that’s life. I am still young and I believe I have another big move left in my career.  The Premier League interests me and I am keeping my options open.”

During his 18 month stay in West London Ba scored 14 goals in 51 games (only 23 of which he started).  Two of his most memorable and crucial strikes came against Paris Saint-Germain and Liverpool respectively in April 2014.

His goal against his hometown club sent Chelsea into the semi-finals of the Champions League. In the same month he effectively ended the Merseyside team’s title aspirations by taking advantage of Steven Gerrard’s infamous slip.

Ba claimed he left the current Premiership Champions because Jose Mourinho did not view him as a high enough profile name and instead favoured Fernando Torres and veteran Samuel Eto’o.

Whilst the current Chelsea manager may not have held him in high regard, the same cannot be said of his former teammates, with John Terry, Eden Hazard, Branislav Ivanovic and Samuel Eto’o all showing their support for Ba by attending the ‘Empire of the Night’ gala dinner, held in conjunction with Human Appeal International.

He said: “He has scored goals consistently at all the clubs he has played for. In my opinion he has nothing to prove.  I personally would like to see him back but ultimately it is up to him.”

Ba finished as second highest goal scorer in his first season in the Super Lig with 18 league goals in 29 matches. However his exploits in front of goal were not enough to prevent Galatasaray from winning the Championship.  Besiktas finished in third position eight points behind their bitter city rivals.

There is speculation that the Senegalese internationalist will be following his former manager at Besiktas, Slaven Bilic, to West Ham.

Ba believes the Upton Park club has made a good decision in appointing the Croat as their manager.

He added: “The Besiktas fans took to him because they appreciated his passion.  He is very enthusiastic and demands 100% from his players. He has experience of the English game from his time [at West Ham and Everton].  In my opinion he is a very good choice.”

In 2013, the world players’ union, FIFPro, advised players not to sign for clubs in a number of countries, including Turkey over non-payment of salaries. Furthermore in April this year a gunman shot at the Fenerbahce team bus. Cases of corruption and match fixing have also left Turkish football in a state of crisis.

Ba has gone on record to say he enjoys living in Istanbul but a source close to the player said there are ‘likely to be developments’ for a potential transfer away from Turkey.  They also dismissed suggestions that his wages, reported to be at £80,000 a week, would be a barrier to any possible move.

* ‘Empire of the Children’ is run from a former open air cinema, in Dakar, Senegal. It aims to support vulnerable children between the ages of 5-16. The £300,000 generated from the gala dinner will contribute towards building a larger and more permanent centre. Further information can be obtained by visiting www.humanappeal.org.uk