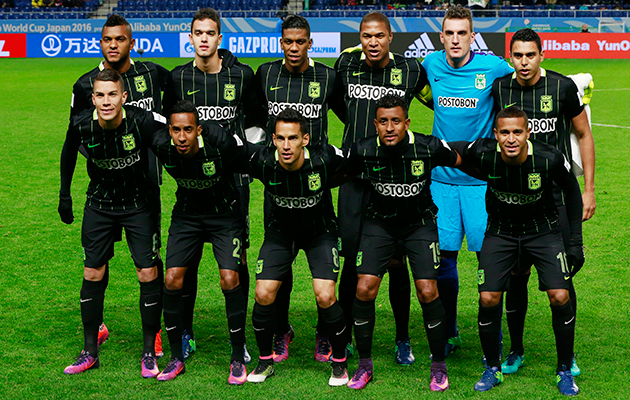 It is becoming increasingly hard to justify the automatic presence of the South American champions in the semi final of the Club World Cup.

The competition, which grew out of the previous annual clash between the European champions and the winners of the Libertadores, has now been held for 12 years with the involvement of all of the continents.

There have been three South American winners – the Brazilian trio of Sao Paulo and Internacional (in the first two years) plus Corinthians in 2012.  On six occasions the South Americans have come second.  And, after Atletico Nacional’s performance last week, the Libertadores holders have missed out on the final and come third three times.

Statistically, Atletico Nacional were the worst of all the South American teams, losing their semi final 3-0 to Kashima Antlers of Japan and only claiming third place on a penalty shoot out against America of Mexico.  But, paradoxically, in all the history of the competition, Nacional were arguably the South Americans who played the most attractive football and created the most chances.  Corinthians, the continent’s last winners, had a grand total of two attempts on target in their pair of 2012 matches.

And this is part of the problem.  Because in general the performances have been even worse than the results.  All three trophy wins came from basically the same formula, one that frankly acknowledged the superiority of the opponent.  The recipe, then, was to cover up, spoil, run the clock down, wait for an opportunity and hang on for grim life.  It is worth recalling that less than twenty years ago the South American champions looked forward to meeting their European counterparts as a chance to show off their technique.

These days their aims are much more limited.  And so while the Europeans have always breezed through their semi final, it has always been a battle for the South Americans.  They have never looked comfortable with the obligation to take the initiative and impose themselves on their opponents, usually from either Africa or Asia.

The cause of the decline is clearly rooted in the dismal science of economics – especially dismal if we are looking at its effects on club football in South America.  The constant selling – now to China, the Middle East and the USA as well as Europe – has robbed the continent’s domestic game of much of its quality and its continuity.

Atletico Nacional are a case in point, again and again paying a price for the success they have achieved.  Coach Reinaldo Rueda had to tinker with his team after last year’s Colombian league win, then again in the during June when the Libertadores took a pause, and once more after the trophy was won at the end of July.

There comes a point when it is simply not possible to replace with the same quality and coherence– a week ago this column warned that the current centre back partnership of Alexis Henriquez and Felipe Aguilar were too similar and too slow.  And so it proved – especially when (unjustly, after unwise use of video technology) the team were forced to chase the game against Kashima Antlers.