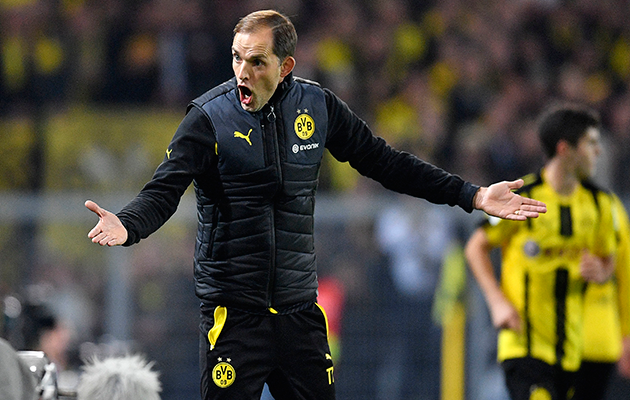 1. Dortmund drift
Brilliant Bundesliga silver medalists just six months ago, Dortmund now find themselves in the unusual position of wading in treacle on the domestic front.

Their goalless draw at home to Schalke in the Ruhr derby was Borussia’s fourth consecutive top-flight game without a win and now only fifth in the table – eight points behind pacesetters, Bayern Munich – the feeling, rightly or wrongly, is that the Schwarz-Gelben are prioritising the delights of the Champions League. Not nearly as focused as they should be on internal affairs.

Up against a resolute Schalke, who sat deep and plugged all the holes, the Dortmunder enjoyed almost twice as much possession (66% to 34%). Yet did precious little with it, singularly lacking in ideas and changes of rhythm and so toothless that they failed to register a single shot on target in the opening 45 minutes.

Far too many individual off-days in the Dortmunder attacking-third. Star striker Pierre-Emerick Aubameyang going missing for long periods; Mario Götze – who apart from one late effort which opposing keeper Ralf Fährmann did well to block – spent most of his shift in uncomfortable back to goal mode and French boy wonder, Ousmane Dembele invariably giving the ball away.

The verdict of coach, Thomas Tuchel? Work to do.

“We had big problems in the first-half. A lot of casual mistakes, a lot of simple mistakes and lots of mistakes in our approach play.” 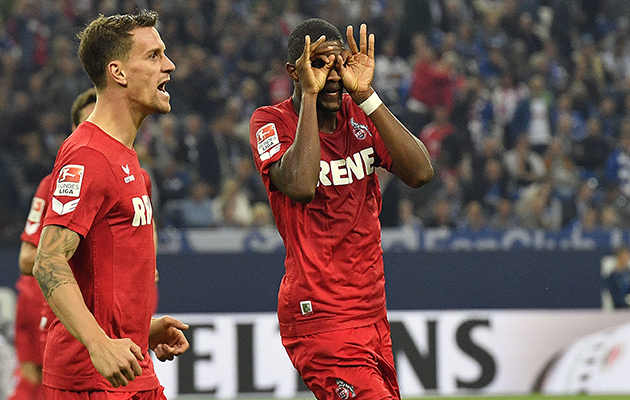 Anthony Modeste has shown himself to be the perfect all-round striker for Cologne.

Now up to fourth in the Bundesliga after dispatching rock bottom Hamburg 3-0 on Sunday, rapidly-improving Köln must keep their fingers crossed that nothing untoward happens to their in-form French striker, Anthony Modeste. No broken bones. No muscular tweaks or pulls.

Thanks to his stunning second-half hat-trick at the weekend, he currently tops the German league scoring charts with 11 goals and certainly enjoyed himself in the month of October, netting no fewer than seven times. The 28-year-old Modeste – who also missed a penalty against HSV – is already within shooting distance of his goal tally for the Billy Goats last season (15) and is the first Kölner to hit a treble since the Austrian,Toni Polster did so back in May 1997 – incidentally versus Hamburg.

“At the moment we’ve a forward who could hit a fly on a goalpost with a shot,” laughed the Rhineland club’s director of sport, Jörg Schmadtke. “Someone who is is picture-perfect in his striking.”

3. Freiburg banish the away day blues
And then there was one. Following Freiburg’s 3-1 win at Bremen, travel sick Darmstadt are now the only Bundesliga team without a point on the road this season. Prior to their much-needed success at the Weserstadion, newly-promoted Freiburg had been suffering from split-personality syndrome. Competent enough to boast an 100 per cent record on home turf.

Yet beaten in all four away games. So what a relief it was to finally deliver the goods in Bremen, cutting out the crass errors and missed chances of previous off-base excursions and crucially scoring first.

There always was a strong possibility of Freiburg performing ably in Bremen. Christian Streich never has lost there and Werder have an awful record against top-flight new boys, now winless in eight such encounters. 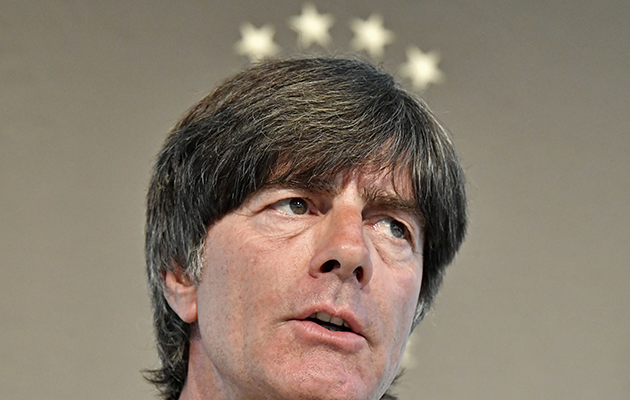 Joachim Low’s new deal will make him the longest serving coach in the history of the German national team.

As was widely-expected, Bundestrainer, Joachim Löw has put pen to paper on a new deal with the German federation, agreeing to a two-year extension which will take him through until the summer of 2020, the year
in which he finally hopes to end his hitherto fruitless quest for a European crown.

“My feeling is that I’ve the unconditional trust of the DFB. When the head and the heart both say ‘yes’, there’s not a lot more to consider. My motivation is the same as it was when I first began working for the DFB (in 2004 as Jürgen Klinsmann’s assistant). It still gives me great pleasure to work with the national team and its players. And leading them on to new goals.”

In charge for the last decade, Löw is set to become the Nationalmannschaft’s most-utilised coach of all-time, breaking the 167 game record set by Sepp Herberger in the 1930s, 40s, 50s and 60s.

5. DFB Cup: the minnows bite back
Third division Sportfreunde Lotte and fourth tier Astoria Walldorf emerged as the outsider heroes of the hour in the second round of the German Cup.

Walldorf, currently struggling in the lower reaches of the South-West Regionalliga, defied the odds to make a 1-0 salad of visiting top-flight outfit Darmstadt, while Lotte claimed an even bigger scalp, holding Champions League activists Leverkusen to a 2-2 draw in normal time, then prevailing on penalties.

A night of intense emotions for Lotte keeper, Benedikt Fernandez, who apart from saving two kicks in the shoot-out, also had the satisfaction of putting one over his former club.

Now 31, Fernandez came through the Leverkusen youth scheme and several years ago, made a handful of Bundesliga appearances as a ‘Werkself’ back-up.