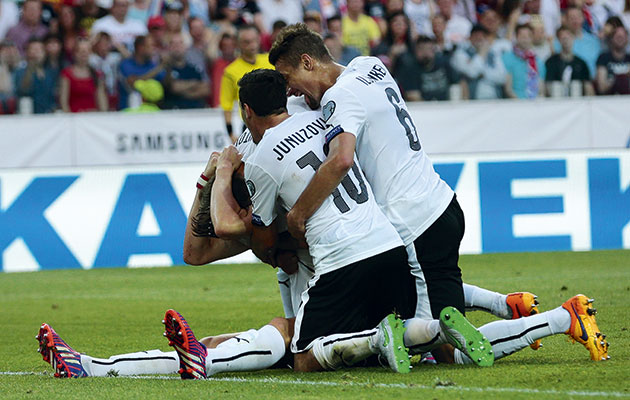 Overview
One of the most impressive and improved performers in the competition so far, Austria qualified for the finals for the first time after topping their group, ahead of Russia and Sweden. Their only previous finals appearance was in 2008, when they were co-hosts with Switzerland.

After drawing with Sweden in their opening game, Austria recorded nine straight victories, including two 1-0 wins over Russia. Only England, with 10 victories, had a better qualifying campaign.

Little enthusiasm greeted the appointment of Swiss coach Marcel Koller. He was not the big name fans wanted as a replacement for Dietmar Constantini, but he has overseen a remarkable transformation in the side.

The key players are spread around Europe, with only goalkeeper Robert Almer based in Austria (Rapid Vienna). Centre-back Aleksandar Dragovic is in Ukraine (Dynamo Kiev), skipper Christian Fuchs moved to England (Leicester City) this summer and several of the side play in Germany. Veteran striker Marc Janko is back in Europe (Basle) after a spell in Australia. Koller was consistent with his selections, with Almer, Florian Klein, Dragovic, Fuchs, Zlatko Junuzovic and Marko Arnautovic playing in all 10 qualifiers. He used only 17 players in total.

Tactics
Koller played the same formation in all 10 qualifiers. Janko is the lone striker, with free-kick specialist Junuzovic operating behind him in the centre of an attacking midfield three, alongside maverick Arnautovic and Martin Harnik.

One to watch: David Alaba 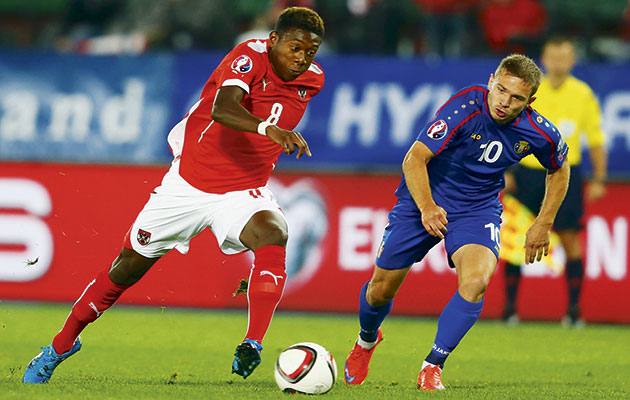 Just one of a galaxy of stars at Bayern Munich, the “Viennese Express” is often squeezed out of the limelight by such talents as Thomas Muller, Robert Lewandowski, Arjen Robben and Manuel Neuer. Yet he is rarely the forgotten man in the red and-white of Austria.

With all due respect to his team-mates, Alaba is the only world-class act in the Austrian ranks, and he certainly performed as such as they glided through qualifying, driving them forward from his deep-lying central midfield station, menacing with his set-pieces and scoring four goals.

While Bayern have used him at  left-back, as a midfielder and even in central defence, Austria coach Koller sees him exclusively as the engine-room controller, where he has so much to offer with his technique, awareness, intensity when pressing and ability to break through opposition lines at pace.

“What impresses me most about him is his capacity to interpret any situation on the field,” says Shakhtar Donetsk coach Mircea Lucescu. “He’s disciplined, strong mentally and physically, and is outstanding when attacking space.“

Euro 2016 will be Alaba’s international tournament debut and his first real test as the brains in midfield.

Star Player: Marko Arnautovic
Dubbed the Austrian Ibrahimovic, he can be totally frustrating or absolutely brilliant.

Marcel Koller
Former Swiss international midfielder who has galvanised the squad since taking charge in October 2011.