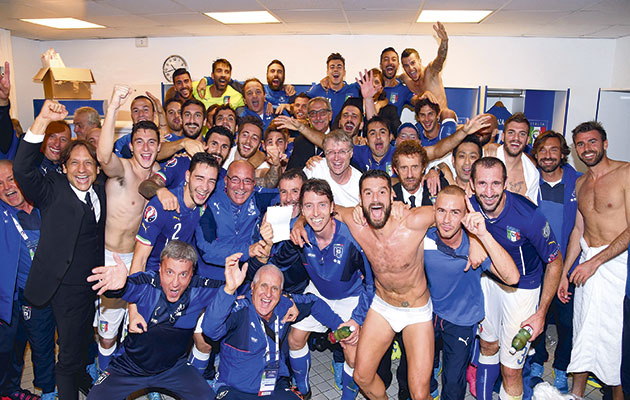 Overview
Italy extended their unbeaten run in qualifying to 50 games as they qualified comfortably for next summer in France.

Italy qualified comfortably for Euro 2016, winning seven games and drawing three, but did not set the world alight. 1-0 home wins over Malta and Bulgaria, and a victory in Azerbaijan, took them over the finishing line.

A 2-1 win over Norway in their final game extended the Azzurri’s unbeaten run in qualifying to 50 matches, stretching back to 2006.

Caps for Franco Vazquez and Eder reignited the debate about foreign-born “oriundi” and says a lot about the paucity of Italian talent. Andrea Pirlo, 36 and playing in Major League Soccer, is still a contender, as is Toronto forward Giovinco.

Tactics
Like Conte the player, Italy play an aggressive pressing game, but they can fade after an hour. Graziano Pelle and Eder have been the preferred big man/little man partnership of late, with Antonio Candreva and Alessandro Florenzi on the flanks. Can switch to 3-5-2 with an extra centre-back.

One to watch: Alessandro Florenzi 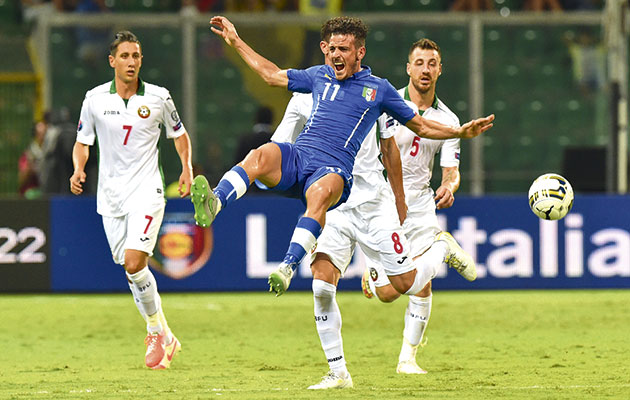 Joker in the pack…Alessandro Florenzi

After scoring Roma’s second goal in a 2-0 home win against Cagliari in the autumn of 2014, goalscorer Florenzi took everyone by surprise. He ran over to one corner of the pitch, jumped the reinforced plastic stadium fence and ran up into the grandstand to find his granny.

He knew exactly where she was sitting and ran over to her to give her a big hug, much to the delight of 50,000 fans in the Olimpico. To some extent the incident says much about the 24-year-old – the clean living boy from next door, much attached to his family and to his club.

Perhaps little known to fans outside Italy, he will get a chance to put that right next summer at the Euro 2016 finals in France. The point is that, both for Roma coach Rudi Garcia and for Italy coach Antonio Conte, Florenzi is the Joker in the pack, seemingly equally at ease at right back, on the right side of midfield or indeed as a right winger in attack.

His pace, his ball skills, his versatility and knack for scoring spectacular goals would all suggest that not only will Florenzi be in the Italy squad in France, he could also attract the attention of other clubs. Italian media speculation has suggested that Barcelona were ready to spend €40million on Florenzi next season.

That may or may not be.  What is clear is that Rome born Florenzi is a natural footballer, one whose talent in the Roma youth team ranks did not escape the notice of Roma legend, 1982 World Cup winner, Bruno Conti.   Having made his first team debut in a 3-1 Roma win over Sampdoria in May 2011, Florenzi was loaned out to Serie B side Crotone for the following season before returning to Roma for the 2013 – 2014 season, the first at Roma for coach Rudi Garcia.

Since then, Florenzi  has been a regular  first team player.   All the signs would suggest that the best is yet to come.