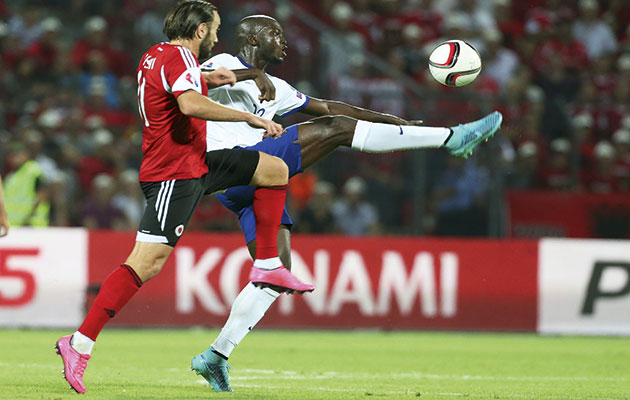 Overview
After a poor World Cup and opening qualifying loss to Albania, the team reached France 2016 at a canter, with a number of exciting new players introduced.

After a disappointing 2014 World Cup campaign in Brazil, Portugal slumped to a surprise home defeat in their first Euro 2016 qualifier, prompting the sacking of coach Paulo Bento.

Under new coach Fernando Santos they reeled off a record seven consecutive victories in competitive games. They also claimed the notable friendly scalps of Argentina and Italy, neither of whom they had managed to beat in the previous 40 years.

The performances may not have been as impressive as the results, but a sense of optimism is noticeably sweeping through Portuguese fans and the local press, fuelled above all by the emergence of a group of players who are drawing comparisons with the original golden generation of Luis Figo, Paulo Sousa and Rui Costa who lifted the World Youth Cup in 1989 and 1991.

In addition to Monaco winger Bernardo Silva, Sporting Lisbon anchor-man William Carvalho has proved over a sustained period that he is the real deal. Porto’s Danilo and Ruben Neves – who recently became the youngest-ever captain in the Champions League – along with Valencia’s Andre Gomes and Sporting’s Joao Mario, are other midfielders who are dazzling at the highest level as regulars for their club sides.

Tactics
Santos has experimented with a number of different formations and players, but seems to be moving towards a 4-4-2 set-up, rather than the traditional 4-3-3.

One to watch: Bernardo Silva 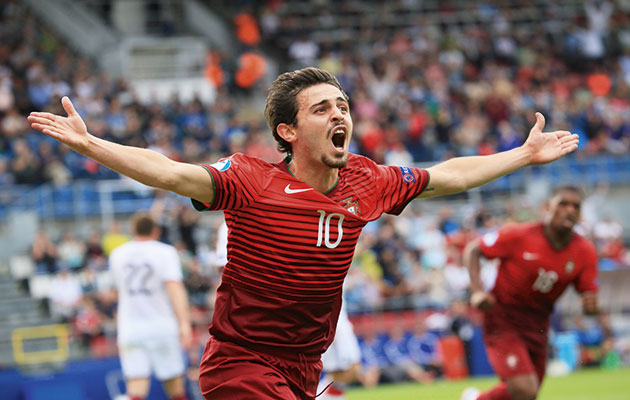 Portugal’s hugely underwhelming World Cup showing in Brazil and disastrous home defeat by Albania in September 2014 demonstrated that an injection of new blood and fresh ideas was imperative.

New coach Fernando Santos promised that “every player eligible, at home or abroad, will have a chance of being called up”. He was true to his word, calling up 51 players in little over a year and giving 15 their full debut – in stark contrast to his predecessor, Paulo Bento, who had stuck by the same names in his four-year tenure, despite form or viable alternatives.

Portugal’s midfield boasts an embarrassment of riches and Monaco’s precociously talented Silva, who enjoyed a fabulous debut season in Ligue 1 last term, is the figurehead of a group who promise an exciting future for the national team.

Oozing class, the 21-year-old is technically exceptional, intelligent in possession, incisive in his distribution and a potent goal threat. He was outstanding as Portugal finished runners-up at the European Under-21 Championship in the Czech Republic last summer, and by the end of Euro 2016 qualifying it surprised nobody he was starting for the senior side.

Star Player
Cristiano Ronaldo
Real Madrid’s all-time record goalscorer is the undisputed leader and will be 31 by the time of next year’s finals.

Coach
Fernando Santos
Replaced Paulo Bento in September 2014, having spent the previous four years as coach of Greece’s national side.