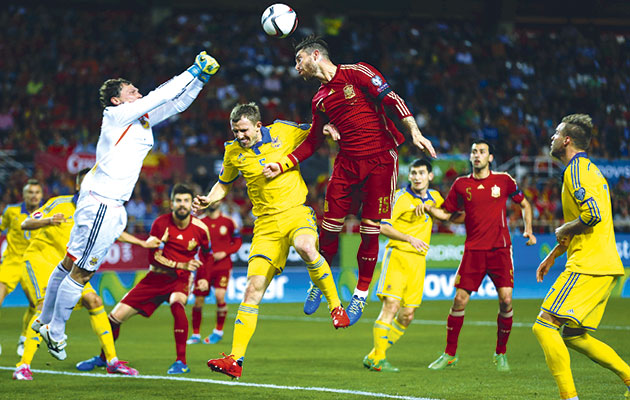 Overview
After their disastrous World Cup campaign in Brazil, coach Vicente Del Bosque introduced some new faces, but many of the old guard remain.

The Euro 2012 winners suffered a hiccup in qualifying for Euro 2016, losing away to Slovakia, their first qualifying defeat in eight years. That suggested their World Cup hangover might last longer than expected, but they then won nine of the 10 qualifiers to finish top of their group.

Del Bosque will have difficulty finding space for all his midfielders in his finals squad but he is less well endowed in defence, where Gerard Pique has been booed by pro-Real Madrid fans.

One to watch: Paco Alcacer 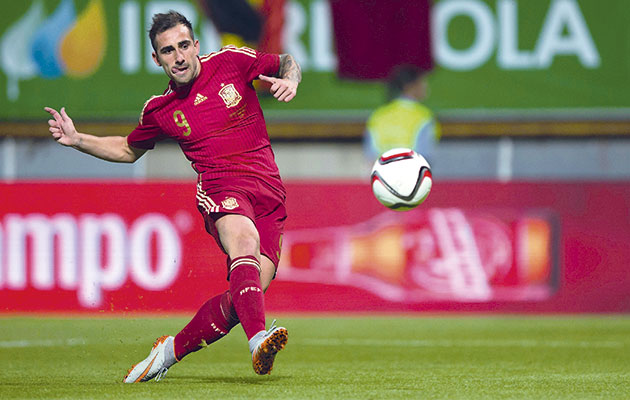 With Diego Costa still struggling to find his bearings in the international arena, and Juventus striker Alvaro Morata frequently on his Italian club’s substitute bench, it looks increasingly as though the task of leading Spain’s front line in France will fall to the 22-year-old Valencia forward.

Present and correct in eight of his side’s 10 Euro 2016 qualifiers, and their top scorer in Group C with five goals, Alcacer’s mobility, excellent technique and quicksilver qualities makes him the perfect fit for Spain’s possession-based short-passing game. And if anyone symbolises the new generation of Iberian talent, it is the former European under 19 champion of 2011 and 2012.

Of all the front-running options open to Roja coach, Vicente del Bosque, the Valenciano youngster seems by far the most capable of filling the void left by the international retirement in 2014 of the brilliant David Villa. Like the latter, his great strength is his all-round game: the good work in the channels and when coming deep; the ability to create space for runners; the need to be involved; the sharpness in the box.

Hailing from the town of Torrent, close to Valencia, he will be aiming to rain Eurocopa goals next summer.

Coach: Vicente Del Bosque
Veteran coach who oversaw victories at the 2010 World Cup and Euro 2012. Will stand down after the summer’s finals.