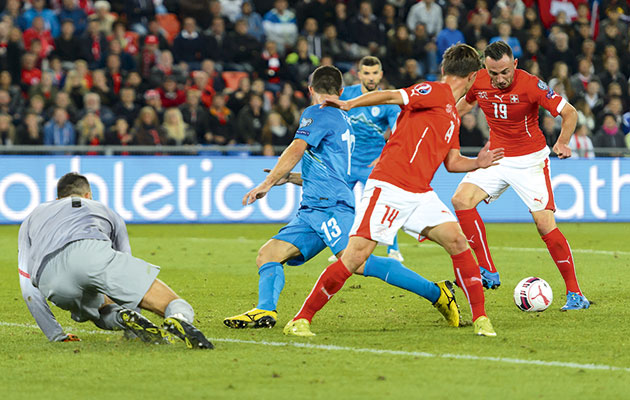 Overview
Vladimir Petkovic is planning for the post-Ottmar Hitzfeld era with a young, multicultural side.

The Swiss qualified for the Euro 2016 finals after finishing second in their group, behind England. That was despite a poor start, losing to England in their opening match, and then going down away to closest rivals Slovenia. The turning point of the campaign was a recovery from 2-0 down in the return against the Slovenians to win 3-2 thanks to late goals from substitutes Josip Drmic and Valentin Stocker.

The Swiss will have one of the youngest squads at the Euros. Members of the 2009 world under-17 title-winning side, such as Haris Seferovic and Granit Xhaka, have made the step up to the senior side. Other key players, such as Drmic, Admir Mehmedi, Ricardo Rodriguez and Fabian Schar, are all well established in the German Bundesliga.

Petkovic has tried to end his players’ inferiority complex by declaring: “We are no longer little Switzerland.”

Tactics
Petkovic likes a flexible formation allowing for a cental striker and two wide men, or two strikers with a playmaker (Xherdan Shaqiri) behind. Raiding full-backs Stephan Lichtsteiner and Rodriguez are important weapons, while teenage striker Breel Embolo is an exciting option on the bench.

One to watch: Yann Sommer 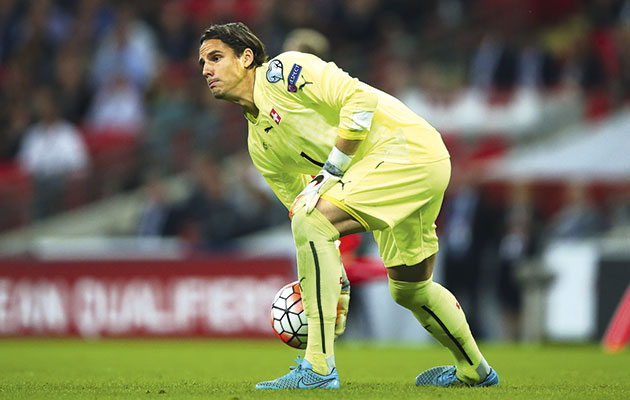 The author of a popular blog for foodies – waxing lyrical about his favourite recipes, markets and restaurants – Switzerland’s goalkeeper will deserve the footballing equivalent of a Michelin star if he can help the “Nati” serve up tasty morsels in France.

Handed the job of national number one when Diego Benaglio went into “club only” mode after the World Cup, the 26-year-old Borussia Monchengladbach stopper has proved a most impressive successor. Though not the tallest, he is commanding and composed, snappy in his reflexes, lightning-quick off his line and skilful with the ball at his feet.

“Yann is a 100 per cent portrait of the modern-day keeper,” says Switzerland’s goalkeeping coach Patrick Foletti. “He has natural talent and outstanding co-ordination. I believe he could have played at the highest level in midfield, too.”

Foletti is a big advocate of the Manuel Neuer sweeper-keeper school and Sommer plays with the same sense of adventure. “I like to come out from the back and play,” he says. “During my early days at Basle, when I was third choice, I often used to put away the gloves and play right-back or right-wing. I learnt all about using my feet and as a goalkeeper I’ve profited. It’s given me another perspective.”

Star Player Xherdan Shaqiri
The playmaker is now trying to re-boot his career at Stoke City after tough times at Bayern Munich and Internazionale.