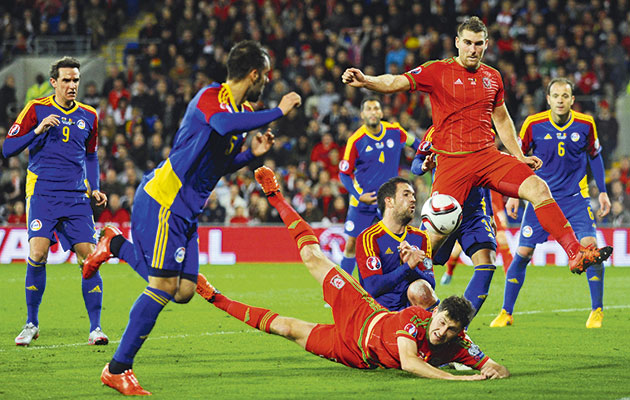 Overview
Four years on from the death of manager Gary Speed, and inspired by Real Madrid superstar Gareth Bale, the Welsh qualified for their first major tournament since the 1958 World Cup.

Four years ago, Chris Coleman became Wales manager in tragic circumstances following the death of Gary Speed and has succeeded in fostering a club mentality among the players. “We are like brothers on the pitch,” Gareth Bale said as fans in Cardiff celebrated a win in the final qualifying match against Andorra.

Bale heads a group of players who first played together at youth and under-21 level and were given their senior debuts by John Toshack. The Real Madrid forward was top scorer in qualifying with seven goals, including a late winner against Andorra in the opening match of the campaign and the only goal of a 1-0 home win over Belgium.

Wales, despite calling upon the likes of Ian Rush, Ryan Giggs and Mark Hughes, have never previously qualified for the European Championship.

Tactics
A three-man defence has given Coleman the chance to pack midfield with willing runners and wing-backs. That has provided the base to allow Bale the freedom to roam behind a big target man, usually Hal Robson-Kanu. Aaron Ramsey is a valuable source of goals from midfield.

One to watch: Ashley Williams 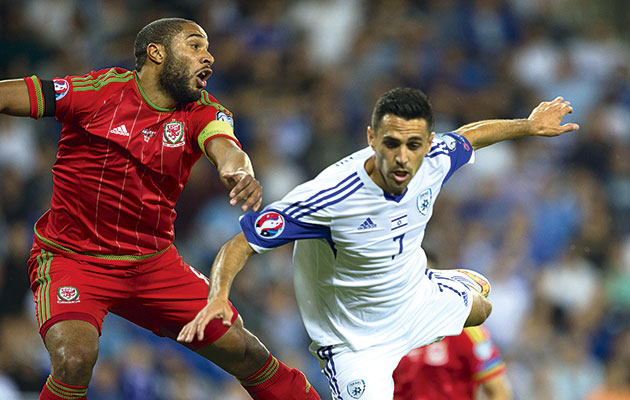 Ashley Williams, the cornerstone of the Wales defence.

Gareth Bale, Wales’s lone international superstar, will be the centre of attention over the coming months, but Wales are far more than a one-man band.

Arsenal midfielder Aaron Ramsey has scored spectacular goals in the Champions League, while captain and central defender Ashley Williams has arguably been just as crucial to recent Welsh success.

“Ash has been magnificent,” says manager Chris Coleman of the man who marshalled a defence that kept seven clean sheets in qualifying.

“To be a good captain you do not have to use your voice all the time, you can lead through your play. But he does both.”

Williams signed a new contract with Swansea City last summer and remains committed to the club he joined eight years ago. Now 31, he has played in all four English league divisions for Stockport County and Swansea, as well as for non-league Hednesford Town, after being released by West Brom aged 16.

“He could play for any club in the Premier League,” Coleman says. “Certain players get overlooked. I see some teams signing centre-backs for a lot of money and I think ‘how has that happened?’”

It will be hard to overlook Williams next summer.

Star Player: Gareth Bale
The world’s most expensive player and a genuine superstar, he was Wales’ top scorer in qualifying with seven goals.