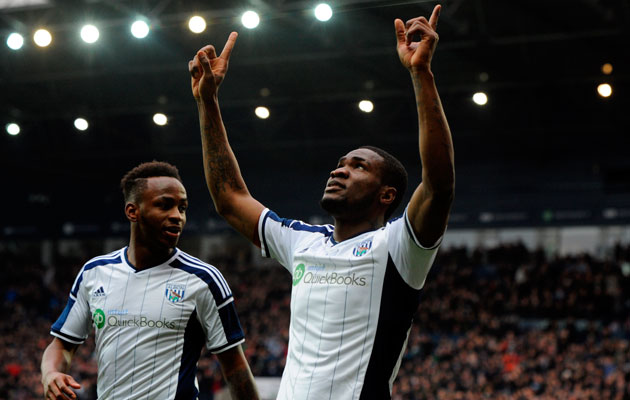 World Soccer: Ajegunle is a ghetto in the heart of Lagos, the most populous city in Nigeria. What was life like there?
Growing up in Ajegunle was rough and tough because you are exposed to dangerous things at a young age, but I have a mother who kept me grounded. I would probably have ended up in jail with gangs or have my life cut short by following criminal gangs. Such beginnings gave me a mental toughness to stare challenges in the eyes today. Maybe I was lucky, but I think it was just by the grace of God.

You paint a dark picture. How did you get the motivation to lead the right path?
A poor background was the perfect motivation. I lost my dad when I was 13 and I could have easily lost my way. I wanted to do music and hopefully become a famous dancehall artist, but the people doing that were tough guys and it was an easy route to a dangerous end. My mother noticed and always prevented me from mixing with them.

When did you realise that your future was in football and not crime or music?
You have limited options to choose from: you could either go to school, try to do dancehall music, dream of becoming a footballer or simply turn to crime for survival. If you come out of Ajegunle alive to achieve fame, then you are a living proof there is a God after all. I had all these options but, knowing some made it by doing sport, I realised at the age of 15 that football was my only escape and God guided me all the way.

How did you start?
I joined a local side known as AJ Leicester in Olodi Apapa and was paid one thousand naira [about US $8] a month by the owner and it gave me the signs that football could take me out of the ghetto. But my mother wasn’t comfortable with the idea of being a footballer, she had fears I would end up with the street gangs. I was resolute and once I left Lagos for Bayelsa to join Ocean Boys in 2006, my life took a positive curve and I ended up playing for Nigeria at the 2007 Under-20 World Cup.

You played in Europe for Neuchatel Xamax in Switzerland, French side Sochaux, Ukraine’s Dynamo Kiev and ended up as an international…
When I earned a move to Europe I cried. I was living a dream some people never get to witness. I lost my father in 2001 and some friends also died along the way. I told myself this is my ticket out of a dark past into light. From earning around $8 to six figures, I was able to give my family a decent place to sleep. I made the 2010 World Cup squad and won the 2013 African Nations Cup with Nigeria. I was simply where I want to be.

And in the summer of 2014 you joined West Brom for a club record £10million…
I always wanted to come to the Premier League from the moment I moved to Europe. It was a dream league while playing in Nigeria, watching the likes of [Nwankwo] Kanu and [Jay-Jay] Okocha playing in England. You keep saying someday it will happen. I went to the hotel and said to myself that I am now in the big league.

You endured a tough start to life at the Hawthorns, insulted by fans, labelled waste of money…
It is always hard to settle down into a new club, adapt with the system of play and get to know everyone. I did not do pre-season with the club, suffered visa delays coupled with injury problems. I was dealing with vile insults on Twitter and Instagram. I’d go home every day, sit on my little couch looking to the ceiling and wishing all the predicament wasn’t for me. Sometimes God has to test you to see if you really have faith in him. Even when things weren’t going well I kept the faith.

With just two goals in your first 17 games, you can probably understand the anger and lack of patience. How close were you to a reported deadline-day move to Qatar?
I know fans are impatient, I also put a pressure on myself to perform, but the news of me leaving for Qatar was nonsense. There is no way I was leaving England and moving to the Middle East.

On transfer deadline day it was big news. They say there is no smoke without fire…
That was only false smoke. Al Gharafa tried to sign me before, when I was in Ukraine. They approached West Brom again around December and I told the director to forget it as I plan to stay and fight for my place because England is where I want to be.

And what a fantastic turnaround it was for you, with four goals in three games in the middle of February…
I always believe in hard work. When you work hard it might take time but your time will come. I knew things would turn out well if I remain patient and God did for me like he does in my life. Even when things weren’t going well with me, the players stood by me and the manager [Tony Pulis] has been helpful since he got here. He has been like a father.

You played a big role as Nigeria won the Nations Cup but were left out of the 2014 World Cup squad. Are you still bitter?
I felt bad when I was omitted because playing at the World Cup is every player’s dream. But I’ve put all that behind me. I need to stay positive and look ahead.