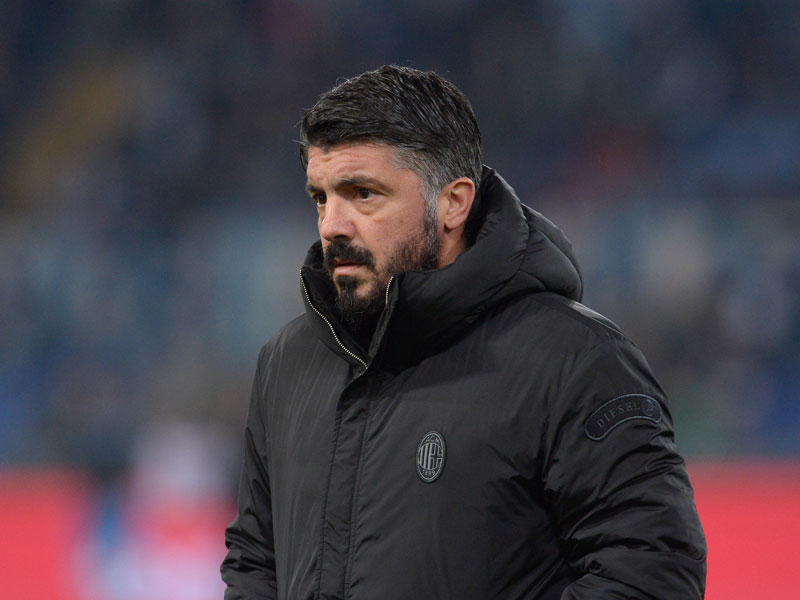 Even the Old Lady Juventus cannot win them all. Beaten 2-0 away to Atletico Madrid in the Champions League last week, the reigning champions this week watched from the sidelines as Lazio played AC Milan and Fiorentina faced Atalanta in two Italian Cup semi-final ties.

The fact that Juventus, winners of the last four Italian Cup trophies, were missing from the line-up (they were eliminated by the astonishing Atalanta) was good news for everybody else. It is perhaps especially good news for AC Milan coach, Rino Gattuso, desperately looking to win his first trophy as Milan coach.

Brought in to replace Vincenzo Montella in November 2017, Gattuso managed to recover from an understandably difficult start to lead the side to a 6th place Serie A finish. Along the way, he also took Milan to the Italian Cup final where, however, they were overwhelmed, beaten 4-0 by Juventus (who else).

One year later, Gattuso can obviously entertain hopes of going one better, not only because this time there is no Juventus but also because after a year in charge at Milanello, his work is beginning to bear some serious fruit.

Currently in the “Champions League zone”, in fourth place, two behind cousins Inter Milan and a full 24 behind leaders Juventus, Gattuso’s team have run into a serious bit of form. Four wins and two draws in Serie A, plus an Italian Cup quarter final win over Napoli, represents a very positive balance for 2019.

Much of the credit for this good run sits on the shoulders of Gattuso who has imbued his players with some of the famous “grinta” and determination that marked his own football. A midfield battler, a hewer of wood and drawer of water if ever there was such a player, Gattuso was a coach’s dream, one of the first names down on the team sheet. Not for nothing, he ended up winning a World Cup medal with Italy in 2006, not to mention two Champions League medals and two league titles with AC Milan.

If Gattuso has carefully pulled things around in the wake of Montella, it has to be admitted that his 2019 campaign has been turbo-charged by the January window inclusion of two potential “cracks” in Poland’s Krzysztof Piatek and Brazilian Paqueta. The latter, likely to be called up this week by Brazilian national coach Tite for the forthcoming friendlies with Panama and the Czech Republic, has added some badly needed invention and creativity.

As for 23-year-old Piatek (pronounced Piontek), World Soccer has already drawn attention to this guy. Currently on 18 goals in the Serie A goalscorers’ chart, just one behind Cristiano Ronaldo, ex-Genoa player Piatek has so far scored seven goals in the five games he has started with his new club.

Between them, Piatek, Paqueta and Gattuso have revitalised this Milan side. A goalless draw with Lazio at the Olimpico in Rome in the first leg of the semi-final has left Milan one game away from a second successive Italian Cup final.

If there was plenty at stake in this game for AC Milan, then there was arguably even more in it for the Simone Inzaghi coached Lazio. Whilst Milan still have their sights on a Champions League place, essentially their main seasonal objective, for sixth-placed Lazio the Cup might be their only chance of winning something significant this season.

In recent weeks, Inzaghi’s combative team has been hit hard by injuries whilst recents defeat by both Genoa in Serie A and FC Seville in the Europa League do not agur well for the final three months of the season. For all those reasons, not to mention a penalty shoot-out elimination by Milan at the same stage last season, Lazio might feel they are due a bit of a break.