Officially the worst team in the world, the mix of students and part-time players take a 1-0 lead back to the Himalayas for the second leg of their Asian first qualifying round. Tshering Dorji was the man to make history, scoring the only goal of the game nine minutes from time.

Dozens of supporters came on to the field to celebrate after Scott Siinclair scored Villa’s second goal. There was another invasion during stoppage time, and when the final whistle was blown, thousands of fans ran on to the pitch.

West Bromwich fans are alleged to have thrown seats on to the pitch. Seventeen arrests were made in total.

West Brom captain Chris Brunt has been charged by the FA with using insulting or abusive words/or behaviour towards referee Anthony Taylor in the tunnel after the match. 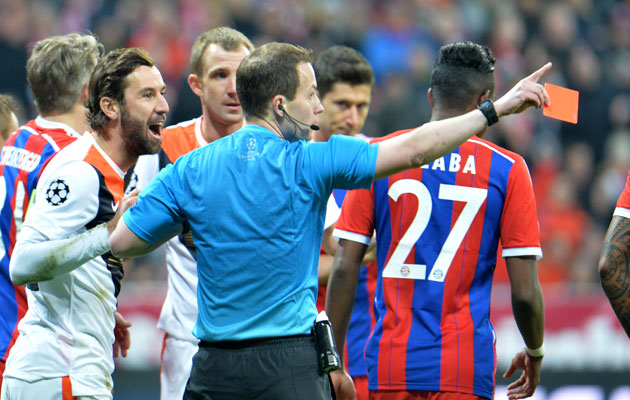 The Shakhtar Donetsk defender’s red card after just three minutes against Bayern Munich on Wednesday night was the quickest in Champions League history.