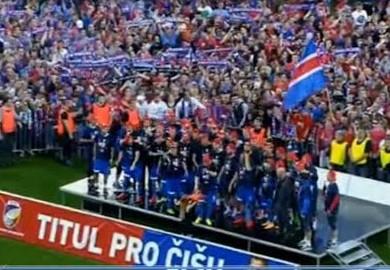 Luca Zidane
The son of Zinedine saves three penalties as France beat Belgium on spot-kicks following a 1-1 draw to reach Friday’s Final of the European Under-17 Championship in Bulgaria.

Zidane was so nearly the villain of the piece as he also missed a penalty when he went for a Panenka in the shootout.

France now face the winners of the Germany-Russia semi-final in Friday’s final.

Miroslav Koubek
After winning the Czech league on Monday night (see above for celebrations), the Viktoria Plzen coach dedicated the triumph to Marian Cisovsky, a former Plzen defender who battling ALS, a progressive neurodegenerative disease that affects nerve cells in the brain and the spinal cord.

“I am a hard man, but I had tears in my eyes because of Marian,” said Koubek, who won his first championship. “If I could swap the title I have been waiting for for 32 years, for his health, I would do it immediately.” 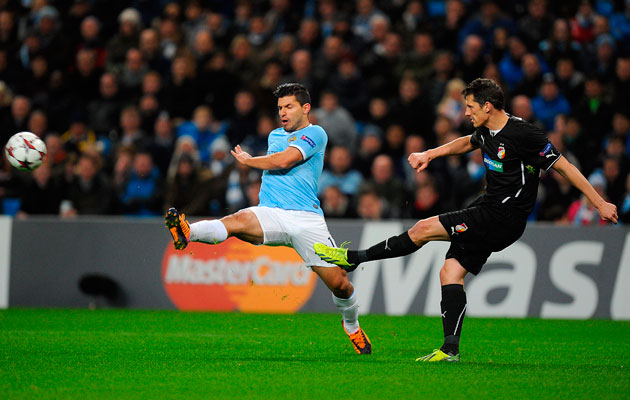 Cesc Fabregas
With the Premier League won and nothing at stake, the Chelsea midfielder saw red after kicking the ball at the head of West Bromwich Albion’s Chris Brunt. A potential three-match ban would see the Spaniard miss the first two games of next season.

Chelsea boss Jose Mourinho described the dismissal as “bizarre”, although that adjective could have been used to describe Fabregas’ decision to drop kick a ball on to the head of an opponent.

“For me, a top referee, a stable, big personality and in control of the game, goes there, two or three words and it’s done. It’s a bizarre red card.

Josh Magennis
Handed a two-match ban by the Scottish FA for head-butting his Kilmarnock team-mate Jamie Hamill during Saturday’s 4-1 victory over Partick Thistle.