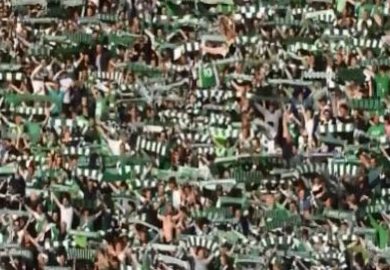 Hibs’ thrilling 3-2 Scottish FA Cup final victory over Rangers was almost overshadowed by the unsavoury scenes that took place at the final whistle as fans from both side invaded the pitch and exchanged blows.

Eventually, order was restored and when the dust settled and the celebrating Hibs fans returned to their seats, they produced a stirring version of the Proclaimers’ Sunshine on Leith – the song that is played before every home match at Easter Road.

This rendition captures what it feels like to win a trophy, having waited 114 long years for it.