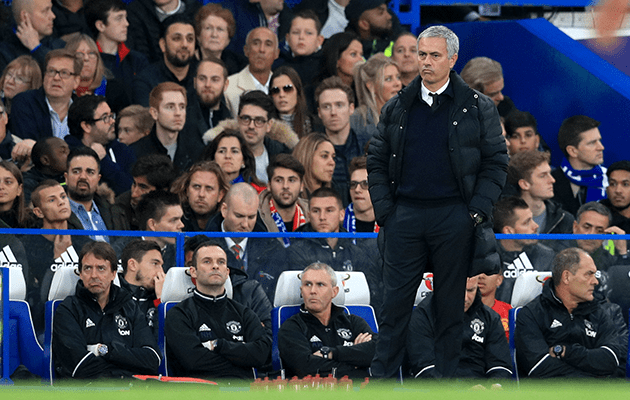 How are the mighty fallen. Within less than a week first Pep Guardiola in Barcelona, where once he was supreme, then José Mourinho, at Stamford Bridge where once he reigned supreme.

4-0 humiliations for both men, but I suggest Guardiola’s humiliation was the greater. This is because where his managerial reputation had seemed impregnable, Mourinho had already in the recent past been kicked out of Chelsea.

At Nou Camp, Guardiola and Manchester City paid heavily and embarrassingly for his bizarre errors. How loudly Joe Hart must have been laughing in Turin where the keeper who has succeeded him at Manchester City, the deceptively named Bravo, blundered horribly when coming out of his charge, in the manner Guardiola demands, only to make a bad hash of it, fumble on the outer edge of the box, and get himself sent off.

For those of us who believe in our naive way that keepers are there essentially to save the shots, Guardiola’s obsession with goalkeepers acting as what you might call deep lying playmakers, this seemed a salutary rebuke.

And then, what of the inexplicably illogical decision to omit his salient goalscorer, Sergio Aguero? Without him, City carries no threat in attack, while the gifted Belgian Kevin De Bruyne looked unhappy in an unwanted position behind the front line.

Guardiola has defiantly shrugged off criticism and said he will stick to his preferred tactics, but even in the ensuing match at home to Southampton, they hardly seem to work. Not helped it is fair to say by the fragility of the highly expensive John Stones, who gave away Southampton’s goal with an errant back pass, and looked anything but solid against Barcelona, though he might with more accuracy of the head even have had a couple of goals at Nou Camp.

But what of the abysmal form of that other England centre back, United’s Chris Smalling, at Stamford Bridge. True he was not alone in his ineptitude. United’s defence was a colander. As for the ever arrogant Zlatlan Ibrahimovic up front, he might as well not have been there, and the £89 million Pogba was no better. At least Ibrahimovic came to Old Trafford on a free transfer, however high his wages.

Antonio Conte’s decision to embrace the three at the back defence he deployed so successfully at Juventus has been working very well, since that 3-0 debacle at Arsenal, even if it has meant jettisoning the ever reliable and influential John Terry. And on Sunday Chelsea’s Gary Cahill had an excellent game and a well taken goal, even though I still don’t see him as a commanding England centre half. 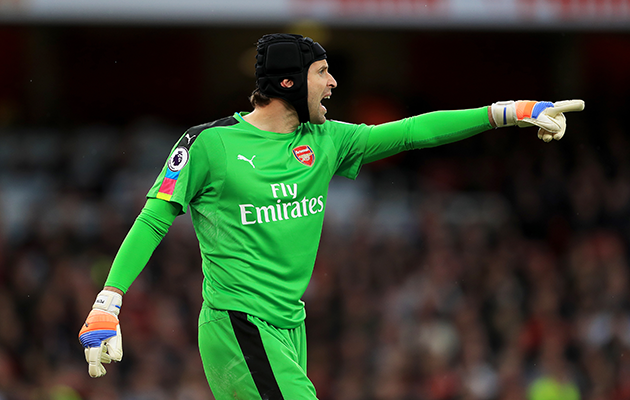 Across London, I watched Arsenal for the second Saturday in a row and was still less impressed than by their narrow victory over a defiant Swansea; even if in the interim they had thrashed a hapless Bulgarian team which in fact had given them some difficulty in the early stages.

How significant it was to deem Arsenal’s veteran keeper Petr Cech the best player on the field against a previously struggling Middlesbrough who with their incisive breakaways would surely and embarrassingly have won the game were it not for his impressive saves. Mesut Ozil, irresistible and a hat-trick scorer in midweek, was merely peripheral. Theo Walcott, who had also sparked on the midweek evening, was negligible.

Arsenal certainly missed the injured and inventive Santi Cazorla in a dull midfield, but down on the south coast Jack Wilshire, at last playing a 90 minute game, suggested the Gunners might have been wrong to lend him to Bournemouth. I’d like to see Wilshire restored to England’s midfield in the coming couple of Wembley internationals, after England’s two dull displays abroad. They struggled against Slovenia, where they might well have lost on their last visit there had it not been for Jack Wilshire’s two excellent goals.

Absurd for Jamie Redknapp to opine that there would be no place for Wilshire were he to return to Arsenal from Bournemouth. On form, he remains far and away the most inventive and effective English – I nearly said inside forward, though the current all-embracing term midfielder may have to do.