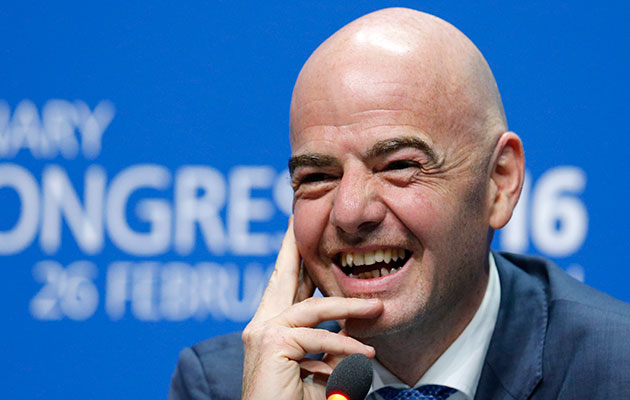 Well, at least it isn’t Sheikh Salman. The Bahrain contestant for the FIFA Premiership accused of being complicit in the maltreatment of Bahrain footballers opposed to that country’s oppressive regime. He denied it; the failed contestant Prince Ali insisted on it.

One cynical if objective English sports columnist had hoped Salman would win, on the grounds that such a dubious choice might lead more quickly to the demise of FIFA itself. If only.

The eventual winner Gianni Infantino is a far less contentious figure but hardly a reassuring one. His daft idea of increasing the World Cup finalists to 40 teams must surely and swiftly be thrown out of court.

He is also anxious to grease the palms of his members, if I may put it so purely. He also plans to give members associations a colossal bonus, regardless of the current financial position of FIFA. What major difference is this from Sepp Blatter’s regular payments to associations whose votes he needed.

The absurd situation still being that each of the 200 odd members however small and marginal has a single vote. Nor can it be easily forgotten that at UEFA Infantino worked so closely and amiable with the now disgraced Michel Platini. Who like Blatter himself has now inexplicably had his eight-year ban reduced to six.

And what about the irony of the tarnished Issa Hayatou sententiously presiding over the final stages of the voting?

Meanwhile, shameless is as shameless does, the acting UEFA President Spain’s Angel Maria Villar Llona has said of Platini, “I hope Michel will be soon with us soon.”

Which reminds me that Platini had solid support from the blowhard Greg Dyke before the story of his nine year suspended payment from Blatter emerged. It seems quite credible to me though that were Blatter enabled to stand again, he would be re-elected.

Note that Bermuda’s Larry Mussenden, a contestant for the presidency of ever suspect CONCAFAF, was chairman of the appeals committee which reduced by two years the suspension of Platini and Blatter.

The blunt sad truth is, as I have so often said before, that FIFA had long shown it was past redemption as an organisation in that the shamelessly corrupt Joao Havelange reigned as President for 28 years. Years in which the four British associations were as passive as everyone else.

We know now, moreover, that there is no chance of taking the World Cup away from Russia and Qatar. Whose bid for the World Cup as abysmally supported by Platini, even when the tournament was switched from the Qatari summer with its 50-degree heat to the winter thereby disrupting the European competitions which Platini should have been protecting.

It cannot be more strongly emphasised that only the powerful intervention of the American judicial authorities served to clear some at least of the corruption endemic in FIFA. Fear of being labelled a criminal organisation by the splendid US attorney general Loretta Lynch and her organisation, forced FIFA into desperate measures. Having been told that only three people at FIFA were not suspects or potential witnesses.

While Swiss prosecutors have reportedly discovered that the Qatari and Russian bids involved no fewer than 152 “suspicious transactions.”

Apparently, alas, to no purging avail. All too cogent are the words of the Australian Bonita Merslades, who served on her country’s World Cup bid team: “It’s difficult to be too optimistic when we know that had he stood Sepp Blatter would have won. And it’s no coincidence that some of Infantino’s election promises are straight out of the Sepp Blatter and Mohammed Bin Hammam’s  playbook.

Greg Dyke seems impervious to such matters. “Gianni comes in clean,” he says. But perhaps, as that famed comedian Arthur Askey used to say, “Clean if I’m not very clever.” 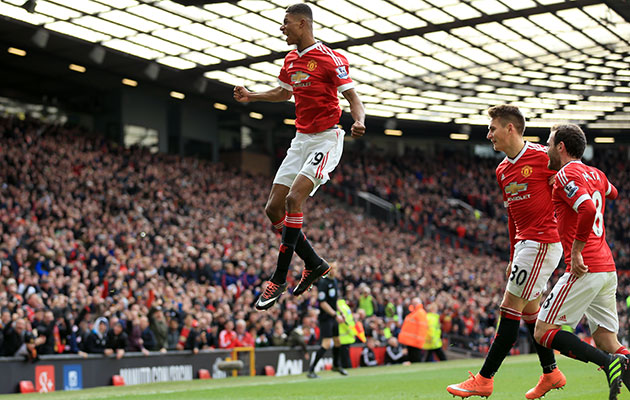 Joyful surprises at Old Trafford. Out of the gloom of prodding mediocrity burst two remarkable young attacking talents. The towering 23-year-old Jesse Lingard, Warrington born, had already made his substantial mark. But now comes the new 18-year-old prodigy Marcus Rashford with four spectacular goals in his first two games. A couple against modest Migtjylland but two more against no less an opponent than Arsenal. Scored with astonishingly precocious aplomb.

So he goes deservedly in a trice from £1,500 to £15,000 a week. With bonuses to come. Sad and shameful through that the little club which produced them and others besides, Fletcher Moss Rangers, faces bankruptcy, without a penny from the players or the bigger clubs.