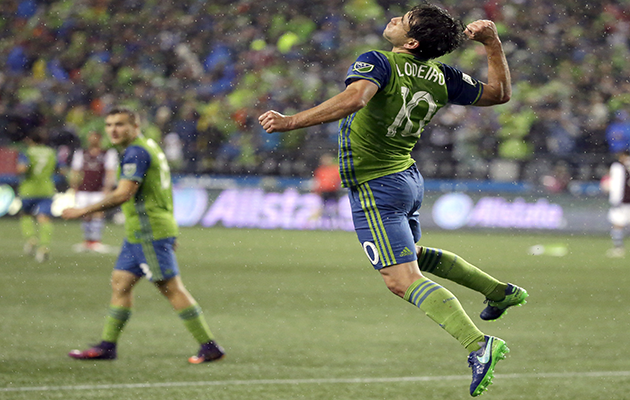 Jordan Morris, Seattle Sounders
The USA youngster lived up to the hype, scoring against Colorado Rapids to secure Sounders’ first place in an MLS Cup Final.

Naby Keita, RB Leipzig
The Guinean midfielder impressed again in RB Leipzig’s win at Freiburg, a victory which maintained their lead at the top of the Bundesliga. 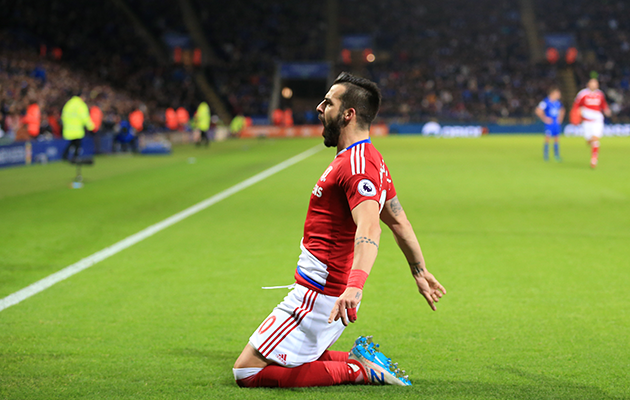 Alvaro Negredo scored both goals for Middlesbrough in the 2-2 draw with Leicester.

The Spanish striker put a run a poor form behind him to score twice as Boro drew 2-2 at champions Leicester City.

Carlos Vela, Real Sociedad
The Mexican was outstanding for a Sociedad side that deserved to beat Barcelona but were denied by a wrong offside call.

Valere Germain, Monaco
The young French attacker was on target twice as Monaco continued their freescoring form, hitting four against Marseille to close the gap on Ligue 1 leaders Nice to one point.

Giovanni Simeone, Genoa
A The son of Atletico Madrid coach Diego followed in his father’s footsteps by scoring twice in a surprise victory over the runaway Serie A leaders Juventus.