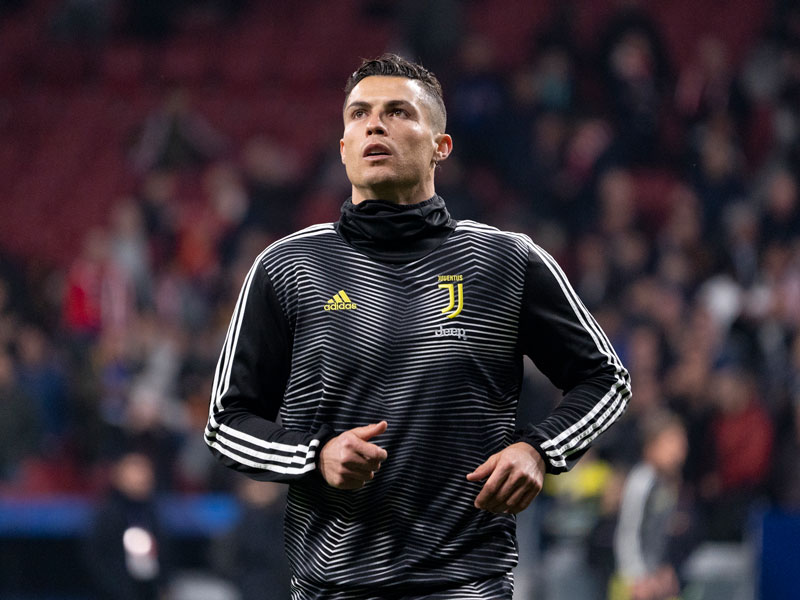 It might seem absurd but it is hard to escape the sensation that for Juventus their Champions League return tie against Atletico Madrid in Turin is an OK Coral moment on which hinges their entire season. Absurd that is, of course, because Juventus are currently 16 points clear of their closest rivals in Serie A, namely Napoli. It seems only a matter of time before the Old Lady wraps up an extraordinary eighth successive league title.

To some extent, though, that Serie A title will not compensate for the disappointment of missing out in the Champions League again, if and when Atletico, 2-0 up from the first leg, prove too tough a nut to crack. Since that defeat in Madrid, Juventus have played three Serie A games, against Bologna, Napoli and Udinese.

Against Bologna and Napoli, it required no genius to conclude that the defeat by Atletico had thrown a major spanner in the works of a Juventus machine which for much of this season had been utterly devastating, home and away, in Serie A or in the Champions League. The Old Lady’s habitual self-conviction, perhaps already dented by a 3-0 Italian Cup quarter final defeat by Atalanta earlier in February, had gone missing.

The dream team to which galatico Cristiano Ronaldo had been drafted in with, above all, a view to winning the Champions League, and which until last month had swept aside all in its path, suddenly had lost its way. Juventus coach Massimiliano Allegri is the first to acknowledge that the defeat by Atletico had a profound impact, saying in a news conference the other day:

“I said to you that if we had had to play the second leg soon after that first leg, we would have lost. Now, however, we have a good chance of getting through because, over the last two weeks, we have had to time to get the traces of that defeat out of our system…”

And there is an intriguing thought. Many would have said that Juventus do not have a snowball’s hope in hell of recovering from 0-2 down against Atletico. If you wanted to pick a team that would have no problem going to Turin to defend a lead against Juventus, perhaps playing for a dour 0-0, Diego Simeone’s Atletico would fit the bill nicely.

By that, we do not mean that Atletico are a defensive side, interested only in playing for a 0-0 draw. No, simply, we mean that they are a tough, organised, self-convinced, no frills team which, under Simeone’s inspired guidance, is interested above all in getting the job done. And, of course, they can also defend.

Juve’s most recent game, a 4-1 win against Udinese on Friday night, theoretically told us little. Given that he was playing a bottom of the table side, Allegri wisely chose to rest just about all his biggest names – Cristiano Ronaldo, Paulo Dybala, Douglas Costa and Mario Mandzukic in attack, Juan Cuadrado and Sami Khedira in midfield as well as Leonardo Bonucci and Giorgio Chiellini in defence were all left out of the starting eleven. (Many of the above, need one say, are likely to line out against Atletico tonight).

The game was marked, above all, by a fine performance from Juve’s 19 year old Italian striker of Ivory Coast origins, Moise Kean, who scored two splendid goals in the opening 40 minutes to put the match well beyond the reach of a hapless Udinese. There were two clear positives to be taken from this game, however.

Firstly, in the long term, Kean could well be a very interesting prospect and that is to say the obvious. More importantly, in the short term, the 4-1 win sounded a battle cry which Allegri believes has washed that first leg loss right out of his squad’s mind.

This might sound like wishful thinking, a sustained exercise in thinking positively. Yet, last spring in the quarter finals, how many pundits predicted that Juventus would travel to the Bernabeu 0-3 down but still make a match of it, only being eliminated by a 98th minute Ronaldo penalty.

Clearly, Allegri is setting his side up to “give it a lash”. As he looked forward to the game, he came out fighting, poking fun at media reports which have suggested that he and club President Andrea Agnelli are currently so much at loggerheads that Allegri will be leaving Juventus this summer, commenting:

“Do you guys really believe that two reasonably intelligent people like us, who have worked together for five years, are going to start squabbling right now, with the team 16 points clear at the top, with the Italian SuperCup already won and with the side still in the Champions League…

“Five years ago, when I arrived at Juventus, people were worried that we wouldn’t get out of the Group Phase and into the second round… Now, Juventus every year starts off as a possible winner of the Champions League. If it is does not go well one year, there is always the next year. It’s absurd to suggest that if we get eliminated from the Champions League, then this year will have been a failure…”