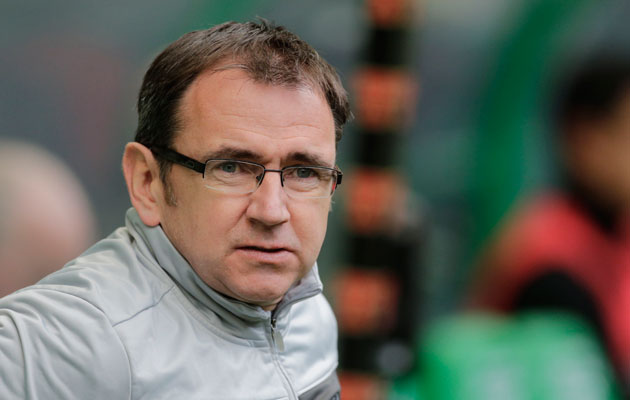 Two league titles in the past five years might be enough to keep most clubs happy, but when you’re Shamrock Rovers that’s clearly not enough.

Current Northern Ireland manager Michael O’Neill led Rovers to back-to-back championships and became the first man to take the club into the group stage of the Europa League. But since O’Neill returned home in 2011, the Dublin club – who have been League of Ireland champions a record 17 times – have struggled.

Stephen Kenny was sacked rather hastily after just nine months in charge, in September 2012, and his replacement, Brian Laws, left at the end of that season after Rovers failed to qualify for Europe. Trevor Croly also missed out on European qualification, so in August 2014 the board dispensed with his services and brought in the vastly experienced Pat Fenlon.

Fenlon, who turns 46 in March, has won the Irish league five times as a manager – three with Shelbourne and two with Bohemians – and twice took Hibernian to the Scottish Cup Final during his two years in charge of the Edinburgh club. Now he must prove his pedigree all over again with the Hoops.

“I was in charge for the last eight games of last season, and lost only one,” says Fenlon. “It’s a strong league and I would say that there are no weak teams. The two promoted clubs, Longford Town and Galway, are also good.

“Dundalk, the defending champions, and St Pat’s, winners in 2013, will be thereabouts and of course Cork, who pushed Dundalk all the way last season, will be strong again.”

Cork’s challenge has been boosted by the arrival of local hero Liam Miller, the former international midfielder who joined Manchester United from Celtic a few years back, and has now returned home from a spell in Australia. “You don’t have to sell Cork to a Corkonian,” said the club’s manager John Caulfield of the 33-year-old midfielder.

Bray Wanderers, who have new owners, will be experimenting with a new kick-off time of 5.45pm on Saturdays in an attempt to attract more local support, while Limerick – who have been playing at Munster Rugby’s famous Thomond Park – return to their spiritual home of Markets Field for the first time since 1984.

Following UCD’s relegation last year, there will only be three Dublin-based clubs in the top flight this season, the fewest in 30 years.

Shamrock made history last year when they fielded a B team in the second tier, but their reserve side
has been replaced by South Dublin outfit Cabinteely this term.

“I think it was a great idea and an ideal way to give young players a chance to impress,” says Fenlon of the experiment. “But the club simply cannot afford to field a second team at that level.”